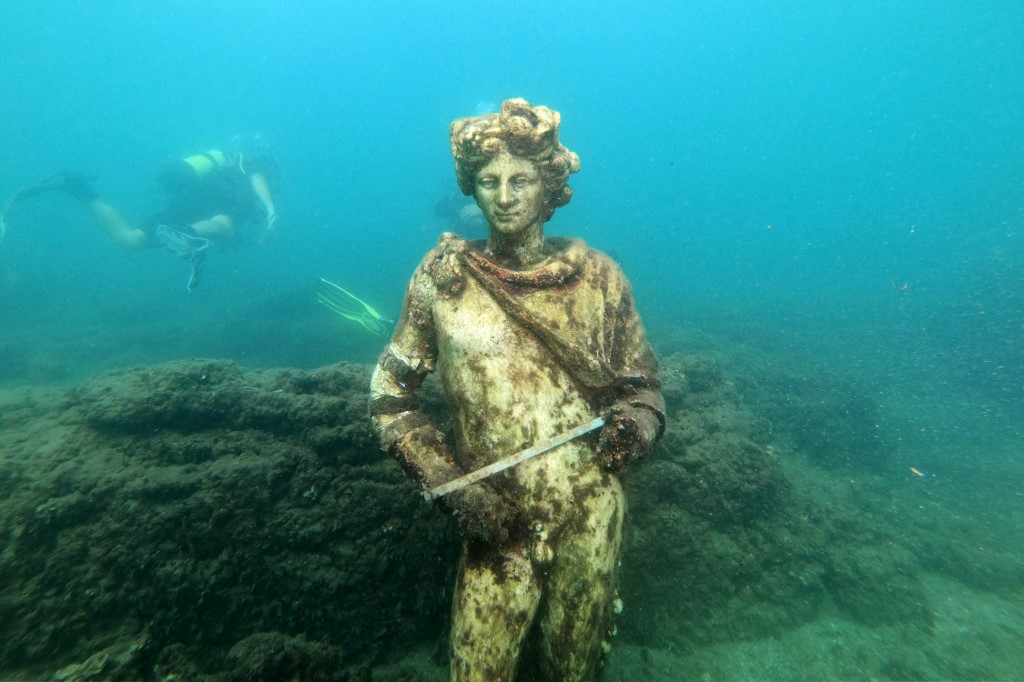 Fish dart across mosaic floors and into the ruined villas, where holidaying Romans once drank, plotted and flirted in the party town of Baiae, now an underwater archaeological park near Naples.

Statues which once decorated luxury abodes in this beachside resort are now playgrounds for crabs off the coast of Italy, where divers can explore ruins of palaces and domed bathhouses built for emperors.

Rome's nobility were first attracted in the 2nd century BC to the hot springs at Baiae, which sits on the coast within the Campi Flegrei -- a supervolcano known in English as the Phlegraean Fields.

Seven emperors, including Augustus and Nero, had villas here, as did Julius Caesar and Mark Anthony. The poet Sextus Propertius described the town as a place of vice, which was "foe to virtuous creatures".

It was where "old men behave like young boys, and lots of young boys act like young girls," according to the Roman scholar Varro.

But by the 4th century, the porticos, marble columns, shrines and ornamental fish ponds had begun to sink due to bradyseism, the gradual rise and fall of land due to hydrothermal and seismic activity.

The whole area, including the neighbouring commercial capital of Pozzuoli and military seat at Miseno, were submerged. Their ruins now lie between four and six metres (15 to 20 feet) underwater.