The wild world of shipwrecks 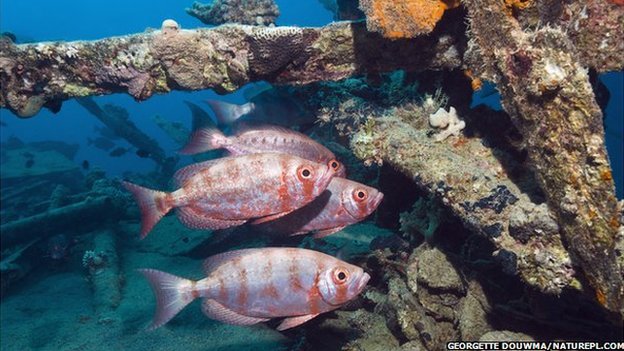 This month, the US coastguard sunk the Japanese vessel Ryou-Un Maru in the gulf of Alaska after she spent nearly a year adrift at sea. She joins nearly three million other shipwrecks on the ocean floor. But are shipwrecks good or bad for marine life ?

In 1881, the Kingston set sail from London. The captain and crew believed they were heading for Aden, but the ship never made it past the Red Sea.

On the 22 February that year, she smashed into Shag Rock near the entrance to the Gulf of Suez. The crew were rescued, but the ship sank to the ocean floor.

More than a century on, colourful coral covers the Kingston. The same sponges, tunicates and anemones that live on the adjacent reef are on the wreck.

Around 38 species of stony corals and ten soft corals adorn the ship's surface. In many ways it has become part of the sea floor.

Scientists are now studying the ill-fated Kingston, and other wrecks like her, to gauge their impact on the underwater world they have joined.

And different wrecks are throwing up different surprises. While some are literally repulsive to marine life, others are becoming home to new, unexpected communities of animals.

Yehuda Benayahu, professor of marine biology at the University of Tel Aviv has spent much of his career in the Red Sea, examining shipwrecks there.

On old boats such as the Kingston, the wooden parts decay but the steel does not, offering a good foundation for coral. An accidental shipwreck soon becomes an artificial reef, which scientists can analyse.