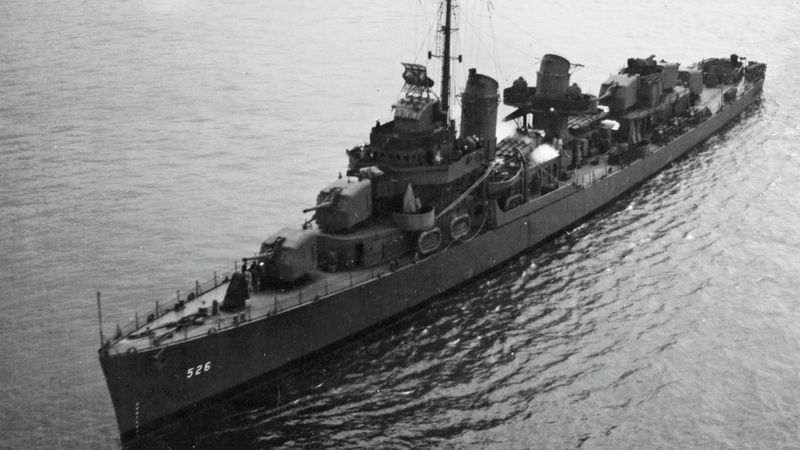 Daryl Weathers remembers trying to pull men from the sea off Alaska’s Aleutian Islands after a US Navy destroyer hit a mine left by the Japanese following the only World War II battle fought on North American soil.

The explosion, which ripped the stern off the USS Abner Read, also covered many of the men in oil, which prevented some from being rescued.

“They were so slippery, you couldn’t get ahold of them,” the 94-year-old Weathers said this week from his home in Los Angeles.

The remaining 250 crew members made the ship watertight, and it limped back to the West Coast for repairs. Only one body among the 71 men killed was recovered. Nearly 75 years later, scientists using multi-beam sonar have discovered the 23-metre stern about 88 metres below the Bering Sea.

The scientists from Scripps Institution of Oceanography at the University of California, San Diego, and the University of Delaware found it last month during a research mission funded by the National Oceanic and Atmospheric Administration.

The researchers confirmed the discovery with a remotely operated craft, which provided high definition video in real time to those on the research ship.

“To hit success is obviously extremely joyous for everybody. There’s lots of cheering you know, it’s like scoring a touchdown,” said Andrew Pietruszka, an underwater archaeologist with Scripps.