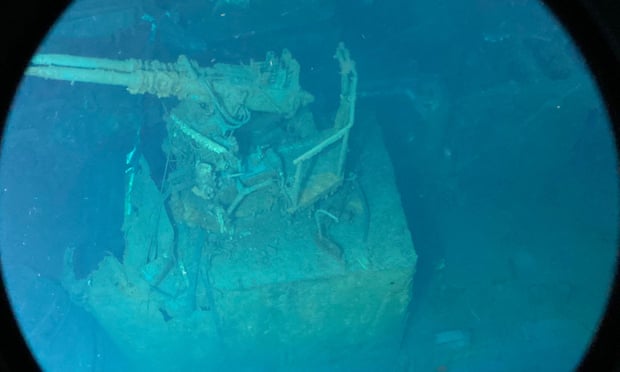 A US navy destroyer sunk during the second world war and lying nearly 6,500 metres below sea level off the Philippines has been reached in the world’s deepest shipwreck dive, a US exploration team said.

The 115-metre-long ship was sunk on 25 October 1944 during the Battle of Leyte Gulf as US forces fought to liberate the Philippines – then a US colony – from Japanese occupation.

Its location in the Philippine Sea was discovered in 2019 by another expedition group but most of the wreckage was beyond the reach of their remotely operated vehicle.