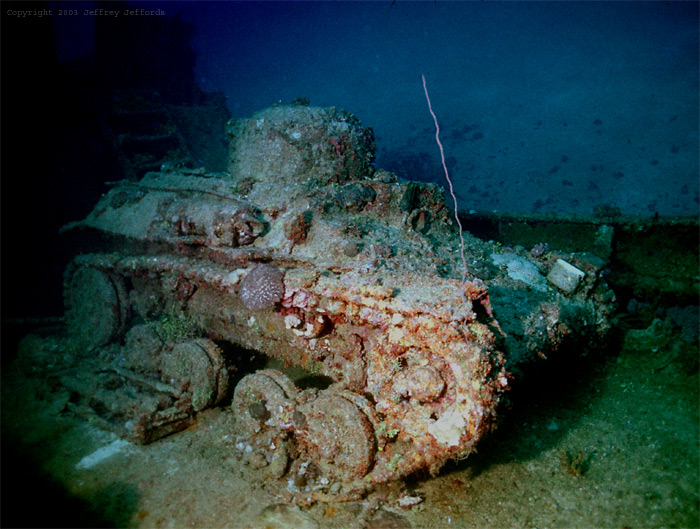 If you ask scuba divers where the best wreck diving in the world is you only get one answer: Chuuk lagoon.

Chuuk has all of the things going for it that other islands do when it comes to scuba diving: coral reefs, a great variety of fish and aquatic plants, warm waters.

But it also has something most islands do not.

At the bottom of Chuuk lagoon lies over forty Japanese ships and dozens of aircraft. Nowhere else in the world can you find such a large concentration of sunken ships and other man made wreckage.

Since the outbreak of the Second World War, Chuuk had been a major naval and air base for the Japanese.

Its excellent harbor within the safe confines of the huge outer reef, coupled with plenty of land area on which to build airbases, guaranteed that Chuuk lagoon would see plenty of action.

The Japanese stationed their powerful combined fleet there because it was an ideal spot to respond to any allied attacks. As the Americans prepared to push the war into the Marshalls, they knew they had to deal with Chuuk.

The air and naval forces there made any activity in the central Pacific hazardous.

Only a few Japanese warships were in harbor at the time, so cargo ships got most of the attention. By the time it ended the Japanese had lost six cruisers, four destroyers, five smaller warships, thirty two merchant ships, 270 aircraft, and thousands of lives.

It was an epic disaster for the Japanese and it rendered Chuuk unusable for the rest of the war. Chuuk’s usefulness as a military base was over, but its value as a global dive destination was just beginning.