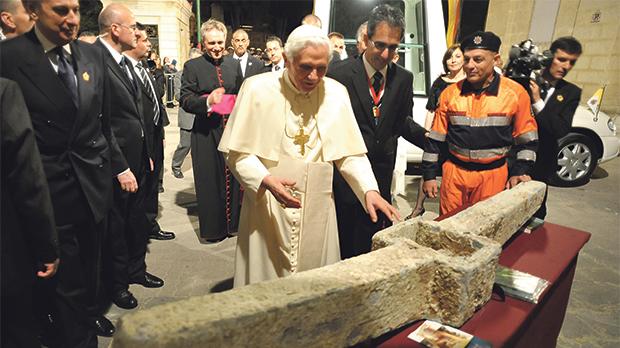 I wonder if Frans Said (‘Falsities about the shipwreck’, February 12) actually read my article properly before writing his critique.

Nowhere did I mention the discovery of a Roman anchor. At the end of the article, the editor’s note correctly referred to the discovery of a ‘Roman-period lead anchor stock’. This does not mean that the anchor belonged to a Roman ship. In my article I stated (and even the captions under the pictures show) that the ship was Egyptian in origin.

Said is referring to the discovery of a Roman-period anchor with the names of the Egyptian gods ISIS and SARAPIS embossed on the lead stock. Although I did not mention this discovery, he states that “a lot of fuss has been made about a Roman anchor”.

His Holiness Pope Benedict XVI thought that this discovery merited further study. He was informed of it by Biblical scholar and bestselling author Michael Hesemann and on his trip to Malta in 2010, he asked to inspect the anchor.

What caught these two theologians’ attention is the fact that Egyptian gods are embossed on this anchor and that the Apostle Paul was travelling on an Egyptian grain ship.