Wreck of the HMS Mercury, a minesweeper, identified 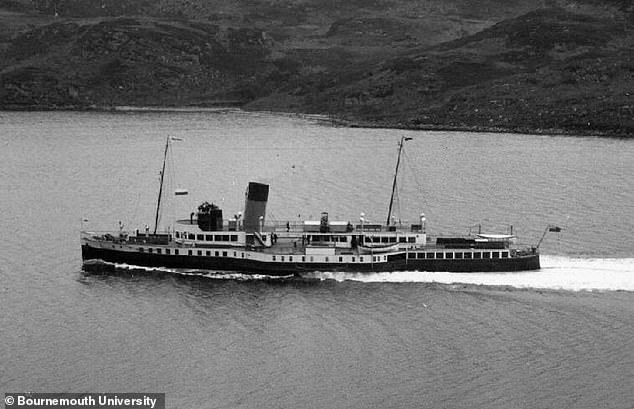 Long thought to have been a submarine, a shipwreck in the middle of the Southern Irish Sea has finally been identified as the paddle steamer HMS Mercury.

Built in 1934, Mercury served passenger routes on the Firth of Clyde, Scotland, for five years before being requisitioned by the Admiralty as a minesweeper. However, her military service was sadly short-lived, as the Mercury sunk on Christmas Day 1940 after being damaged by a mine she was attempting to clear.

Experts at the universities of Bournemouth and Bangor identified the wreck from sonar images thanks to the distinct profile caused by her boxed-in paddle wheels.

'The wreck site was assumed to be the final resting place of a submarine,' explained study leader and archaeologist Innes McCartney of Bournemouth University, who has been compiling a detailed list of all the vessels recorded lost in the Irish Sea.

'Once the sonar data had been processed, the wreck resembled a paddle wheeled vessel with its paddles boxed into the vessel’s superstructure, rather than the characteristic tube-like profile associated with submarine wrecks.

'Within our database of shipping losses there was only one possible candidate which featured boxed in paddle wheels — the minesweeper HMS Mercury.' HMS Mercury, originally the 'Mercury II', was built in 1934 for the London, Midland and Scottish Railway, serving as an excursion vessel that primarily ran a route from Wemyss Bay to Gourock, Greenock, Dunoon and Rothesay in the Firth of Clyde.

The 223 feet-long paddle steamer — along with her sister-ship, the Caledonia II — was constructed with a number of then-innovative features, including both the aforementioned boxed-in paddle wheels and a cruiser stern.

One year into her military service, at 4.32pm on Christmas Day 1940, HMS Mercury was holed off the coast of the Saltee Islands by a mine exploding under her stern.