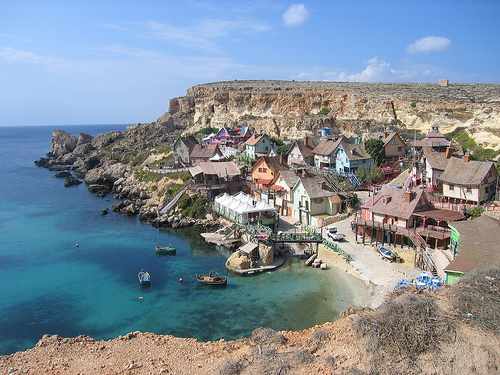 Even long before the times of Jesus and the Apostle Paul, Malta was the rocky knob at the western edge of the Roman Empire, the place where the leftovers of the Mediterranean Sea washed up and dug in.

And Malta is the site of what Huntsville software salesman John Harkins thinks will be the last and best quest of his life.

Harkins, a mild-mannered, Bible-reading, Church of Christ deacon and marine biologist, is determined to be the first person since the biblical Luke to see evidence of the ship that carried Paul nearly to Rome.

"I'm quite in the minority in thinking there might be some remnant," Harkins said, unrolling charts of the island on his desk at work. "But I know we're going to find something, though it may not be from Paul's wreck."

According to Acts 27, a chapter in Luke's history of the nascent Christian movement, a huge ship loaded with grain, sailors, soldiers, prisoners and passengers crashed into the coast at the end of a 14-day storm.

The ship broke in half, spilling everyone into the sea. Miraculously, the entire crew was able to struggle to shore, where they were met by the inhabitants of the 200-mile-long island, who built them a fire.

Harkins said Malta's government places a high value on caring for and understanding relics washed on its shores. Museums catalog ancient weapons, structures, tools and, of course, fragments of the shipping trade that made Malta a crucial outpost of vessels attempting to round the Italian boot to get to Rome.

"God put that ship there, and I figure he put it where he wants it," Harkins said. "He gave it to the Maltese people, and frankly, he couldn't have given it to people who do more to preserve their heritage — and it's their heritage, along with the rest of us."

Harkins can't remember a time when the story of Paul's shipwreck didn't fascinate him. It was one of the stories that leapt out of the dim and musty antiquity of ancient stories to snap into Technicolor.