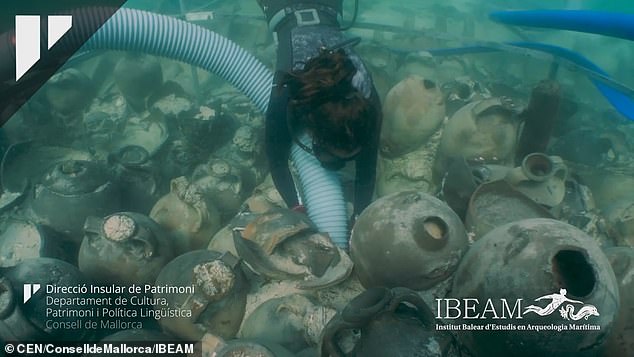 The wreck — which experts have dated back to around 1,700 years ago — was found off of the coast of Mallorca back in July 2019.

Based on some of the inscriptions on the long, two-handled jars, the archaeologists believe that the amphorae were used to store fish sauce, oil and wine. The wreck was found off of the coast of Mallorca's Can Pastilla Beach in July after local resident Felix Alarcón and his wife spotted pottery shards on the seabed.

After investigating, archaeologists found the Roman boat buried in the seabed mere feet from the shore.

In a press conference, archaeologist Sebastian Munar of the Balearic Institute of Maritime Archaeology Studies said that the amphorae were perfectly conserved in the ship's hold. However, researchers will not be able to open them to check until they have finished preservation work that will stop the salt in the sea water cracking the jars.