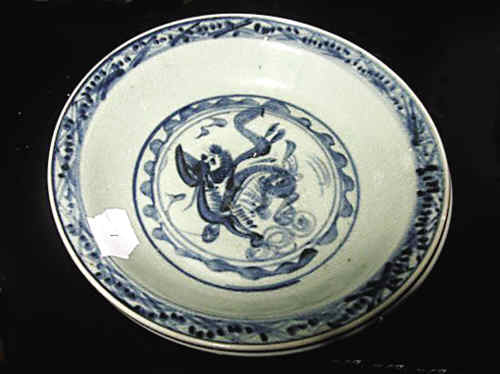 An archaeological salvage team has restarted to retreat cultural relics from the wreckage of an ancient merchant ship that sank near the coast of today's Guangdong Province some hundreds of years ago.

The team plans to complete the salvage of all the relics from "Nan'ao No. 1" in 75 days. The retrieval of the shipwreck is not included in this year's task, officials in charge of the salvage said.

A large number of porcelain dishwares with exquisite graphic paintings have been found in previous archaeological surveys conducted in the shipwreck. Thousands of them were retrieved from the wreck last year.

The "Nan'ao No. 1" was believed to be en route to Southeast Asia from Zhangzhou City in the southeastern Fujian Province before it sank in today's Sandianjin waters off Nan'ao County of Shantou City during the late Ming Dynasty (1368-1644).