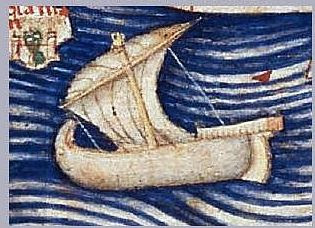 Mariners from India’s east coast exploited monsoon winds to sail to southeast Asia more than 2,000 years ago, an archaeologist has proposed, challenging a long-standing view that a Greek navigator had discovered monsoon winds much later.

Sila Tripati at the National Institute of Oceanography (NIO), Goa, has combined archaeological, meteorological, and literary data to suggest that Indian mariners were sailing to southeast Asia riding monsoon winds as far back as the 2nd century BC.

A 1st century AD Greek text, Periplus of the Erythreaean Sea, and a contemporary Roman geographer named Pliny have claimed that the Greek navigator, Hippalus, discovered the monsoon winds and the route across the Arabian Sea to India around 45 AD.

But Tripati has now used multiple lines of evidence — from inscriptions on ancient Indian coins to bronze pottery from an archaeological site in western Thailand — to question that claim and argue that mariners of India’s east coast knew about the monsoon winds perhaps about 200 years before Hippalus. Tripati’s research is published in the journal Current Science from the Indian Academy of Sciences.

“This work provides fresh insights into the maritime history of India,” said Ruby Maloni, professor of ancient Indian history at the University of Mumbai, who was not connected with the NIO research but is an expert on ancient trade contacts.

“The strongest evidence to support this idea comes from ancient literary works and the timing of a festival observed in Orissa even today,” said Tripati, a scientist at the marine archaeology division at the NIO.

Both the Buddhist Jataka tales that date back to the 4th century BC as well as Tamil Sangam texts from around the 1st century BC mention ships moving through the force of winds or sails, Tripati said.

The monsoon winds have historically been linked to the Arabian sea and the western zone of the Indian ocean, Maloni said. This work throws light on how the winds were also used on the eastern side of India centuries earlier.

She cautioned that the new hypothesis is based on inferences and indirect deductions. “But the sources used to make this proposal such as the Tamil and Buddhist literary works and archaeological remains are indeed legitimate,”