Insurance battle sparkles with emeralds from a sunken spanish vessel 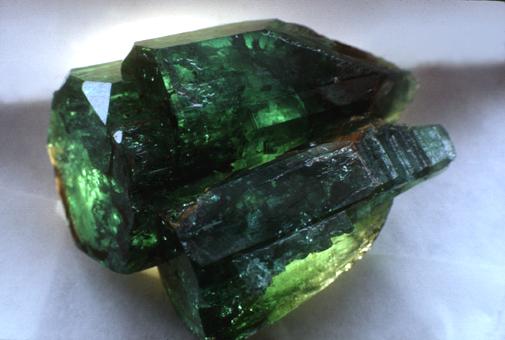 Faye Keith Jolly of Deerfield Beach, Fla., applied for a $10 million life insurance policy with a division of The Phoenix Cos. Inc. in the winter of 2007.

He was 73 at the time, though Jolly claimed to be of healthy, athletic stock. He wrote a letter to the Hartford insurer saying his father had been a Chicago White Sox catcher and his mother an Olympic swimmer.

But by far the most impressive detail of his application was his purported net worth, $1.2 billion -- and the nature of his assets.

Jolly claimed he had 10,920 pounds of uncut emeralds that he recovered 15 years earlier from a sunken Spanish vessel in the Gulf of Mexico -- worth a cool $800 million. The other $400 million was in a trust, he explained in his application to PHL Variable Insurance Co.

Phoenix approved Jolly's policy in March 2007 after the company received reassurance from an independent agent and from the trustee of his trust that Jolly's claims were legitimate.

Then, just as time was running out for the insurer to contest Jolly's application, Phoenix sued Jolly in October 2008 in an Atlanta federal court.

In the same action, Phoenix also sued the trust that would have received the money when Jolly died, and the trustee.

Phoenix alleged negligent misrepresentation, fraud and conspiracy. The company asked for payment for damages as well as attorneys' fees. In the end, the insurer did not have to pay out the $10 million Jolly's policy was worth when Jolly died on Feb. 6 of this year.

But the fight continues over premium money Jolly paid, as well as damages and other costs. And the far-fetched story of Jolly's emeralds is bringing a colorful sparkle to an otherwise drab corner of law and insurance.

The court battle involves allegedly forged appraisals, a history of plundered mines in Colombia's Andes Mountains that dates to the 16th century, underwater Spanish galleons chock full of riches, a trail of claims by Jolly that quickly grow cold, a mystery about where premium payments were coming from and an Atlanta attorney who said he once saw Jolly show off buckets of green stones.

No one involved is talking publicly. But at the heart of the story, as pieced together through court records, is the question of how Phoenix could have approved the policy in the first place. Jolly's application contained wild discrepancies and claims, many easily debunked.