Titanic: from the deep to the auction house 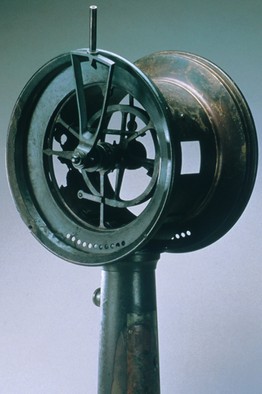 The world's most famous shipwreck, the RMS Titanic, is up for sale.

A century after the tragic 1912 sinking of the luxury ocean liner off the Canadian coast of Nova Scotia, the New York auction house Guernsey's is offering up salvage rights to the shipwreck along with all 5,500 artifacts recovered since the site was discovered nearly two decades ago.

In an unusual move, a Virginia court overseeing the sale has asked that the objects be sold as a group, not piece by piece. The entire lot, Guernsey's said, has been appraised at around $190 million.

Iron-eating microbes are steadily breaking down the actual sunken ship, but the pieces already culled from the wreck's 13-mile debris field are "spectacular," said John Joslyn, the owner of a pair of Titanic theme museums in Missouri and Tennessee who helped to fund the first salvaging expedition in 1987.

Some pieces serve as sturdy reminders of the 882-foot-long liner's "unsinkable" billing, such as a 17-ton piece of the hull that still contains thick rivets and porthole views into what would have been a pair of third-class cabins. Other pieces are poignant in their fragility, including a hand-cut crystal dish and a brown bowler hat.

One of the most valuable pieces is a 15-carat rose-gold bracelet with the name "Amy" spelled out in 26 small diamonds. Guernsey's President Arlan Ettinger said there were at least two passengers bearing that name among the 1,514 fatalities.

Other pieces include white ceramic dishes stamped with the ship's red "White Star Line" logo and leather handbags that some of the ship's pursers stuffed with money from safe-deposit boxes.