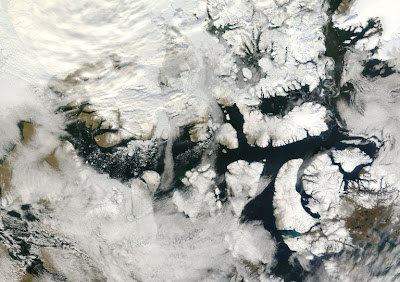 On May 19, 1845 Sir John Franklin, an experienced arctic explorer, set out on what would be his last voyage of discovery.

Leaving from Greenhithe, England, he commanded two ships, the Erebus and the Terror. His mission was to pass through and chart the Northwest Passage, the waterway which runs through arctic Canada, connecting the Atlantic Ocean with the Pacific.

The unforgiving environment of the passage, strewn with ice packs and small islands, would doom his expedition, killing Franklin and every single member of his crew.

A message found in a cairn near Victory Point on King William Island says that his ships were frozen in ice for nearly a year and a half.

Trapped in the arctic the crew began to die with Franklin himself passing away on June 11, 1847. At that point Captain Francis Crozier took over the expedition. He decided to try to save his remaining men by marching south across the ice and arctic tundra.

“Crozier must have been very desperate indeed to have made this decision,” writes William James Mills in his book Exploring Polar Frontiers.

Needless to say the plan failed with none of the crew surviving. Rescue expeditions and scientific surveys would find human remains on or near King William Island.

In the past, analysis of these remains has suggested that the crew members suffered from lead poisoning, a potentially deadly condition that may have caused them to engage in irrational behaviour. The crew could have gotten it through the tin cans that their food were stored in, they might also have gotten it from the water system on board.

It has also been suggested that the crew suffered from scurvy and tuberculosis, conditions that may have doomed many crew members who had been stuck in the ice for nearly 18 months. Cut marks on some of the bodies indicate that the men may have resorted to cannibalism.