Unopened bottles of wine discovered on a royal ship 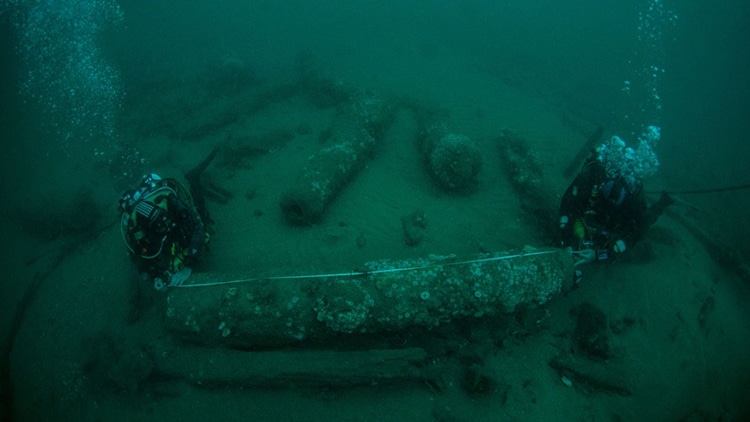 From Madeleine Muzdakis - My Modern Met

Shipwrecks have long inspired storytellers and historians. For treasure hunters, discovering sunken jewels or relics is a thrilling holy grail. For historians, however, finding a piece of history frozen in place is the true treasure.

Off the coast of England, the discovery and excavation of the famous HMS Gloucester offers an exciting new window into royal and maritime life in the 17th century. Among the artifacts discovered in the “time capsule” are unopened bottles of wine, purchased for a prince and his crew 340 years ago.

The HMS Gloucester was built in 1654 for the English navy. A 50-gun warship, it was later commissioned to carry James Stuart, the Duke of York—the heir to the throne—to Scotland to fetch his wife and daughter back to England.

The duke was a Catholic heir to a protestant throne only recently rescued from the jaws of republicanism. Bringing his pregnant wife to birth in England offered a conciliatory path forwards as the health of his older brother King Charles I was in decline. The duke and his noble entourage, as well as many crew, boarded the ship and set sail north in 1682.

Unfortunately, the sandy waters near Yarmouth were difficult to navigate. Trusting his experience in the navy, the duke delayed and argued with the crew until it was too late. Only he, as well as a few others, were able to escape the sinking vessel after it ran aground.

About 200 are thought to have perished. James, however, lived on to become James VII and II, one of Britain's most unpopular kings. He was eventually deposed by his own daughter and her husband in the Glorious Revolution of 1688.