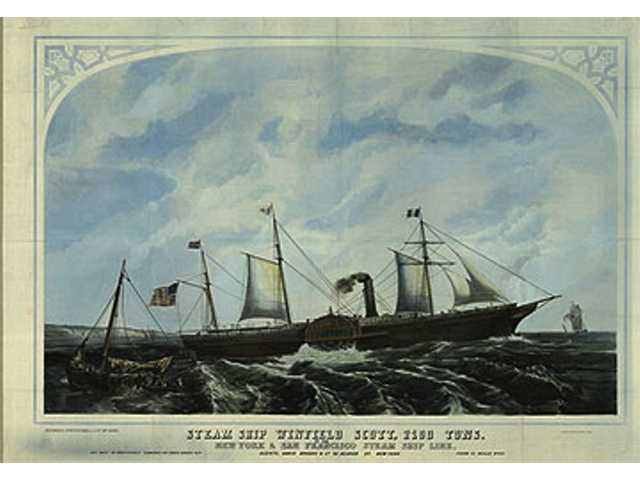 The Santa Barbara Maritime Museum is pleased to unveil its newest permanent exhibit, the shipwreck of the California Gold Rush steamship Winfield Scott.

During the California Gold Rush, ships propelled by steam regularly carried passengers and cargos between San Francisco and Panama. One such vessel was the Pacific Mail Steamship Company's side-wheel steamer, Winfield Scott.

In 1853, the steamer was en-route from San Francisco south bound to Panama with more than 500 passengers and a cargo of gold and mail when it ran aground on Anacapa Island, becoming permanently stranded.

"Few shipwrecks have been lost while on their way to Panama, and the Winfield Scott furthers our understanding of what people were taking away from California."