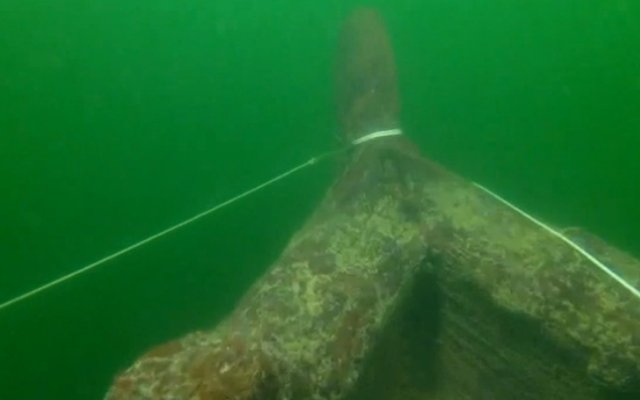 From Times of Israel

Divers in the Sea of Galilee are searching for a fabled sunken treasure, 100 years after the boat purportedly carrying it was drowned in a World War I battle.

The Ottoman steamboat Sharia was sunk by the British Royal Air Force on September 25, 1918 in the north of the lake, as it sought to flee advancing British and Australian forces during battles for control of the region.

Rumors swirled after Sharia’s sinking that the boat was loaded with gold when it was sunk.

“The Turks feared leaving the gold and silver used to pay the salaries of soldiers…on dry land due to robbers, so they put it on the boat. At night the boat would sail to the middle of the Sea of Galilee and that’s how they avoided theft.”

The Sharia lay undisturbed at the bottom of the lake for decades.

In 1989 its wreckage was discovered by divers, though no gold was found — only the ship’s name plate and several ancient swords.

Divers returned to the wreckage in 2012 and filmed it for the first time but did not find any gold. In recent days the boat is once again being examined by teams from the Yam-Yafo underwater survey company.