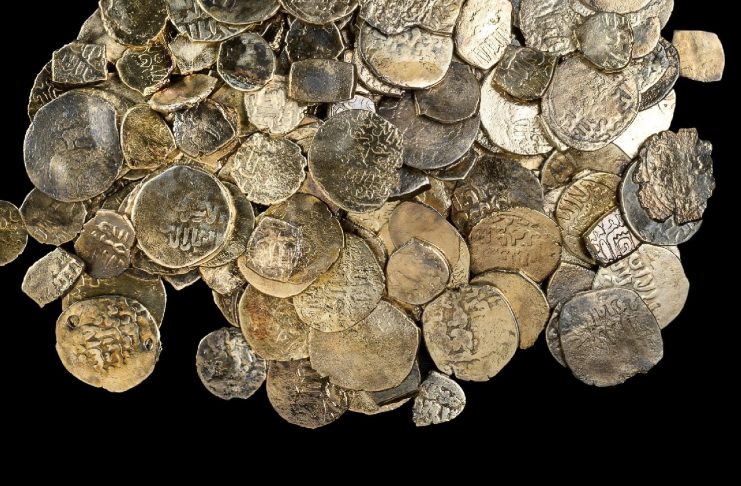 Underwater archaeologists from the Israel Antiquities Authority (IAA) have recovered treasures from the survey of two shipwrecks off the coast of Caesarea in Israel.

The survey was conducted by the IAA’s Marine Archaeology Unit, which found the remains of two wrecked hulls and cargoes scattered in shallow depths of around 4 metres along the sea floor.

A spokesperson for the IAA said: “The ships were probably anchored nearby and were wrecked by a storm. They may have been anchored offshore after getting into difficulty or fearing stormy weather, because shallow open water outside of a port is dangerous and prone to disaster.”

The shipwrecks date from the Roman and Mamluk periods some 1700 and 600 years ago, in which the researchers recovered a range of artefacts and rare personal items of the shipwrecked victims.

The team found hundreds of silver and bronze Roman coins from the mid-third century AD and a large hoard of 14th century silver coins from the Mamluk period, including a large amount of smaller ribbon cut like pieces.

Other finds include a bronze figurine in the form of an eagle, a figurine of a Roman pantomimus, bronze bells, pottery vessels, an inkwell and numerous metal items from the hull of the ship such as bronze nails, lead pipes from a bilge pump, and pieces of a large iron anchor.