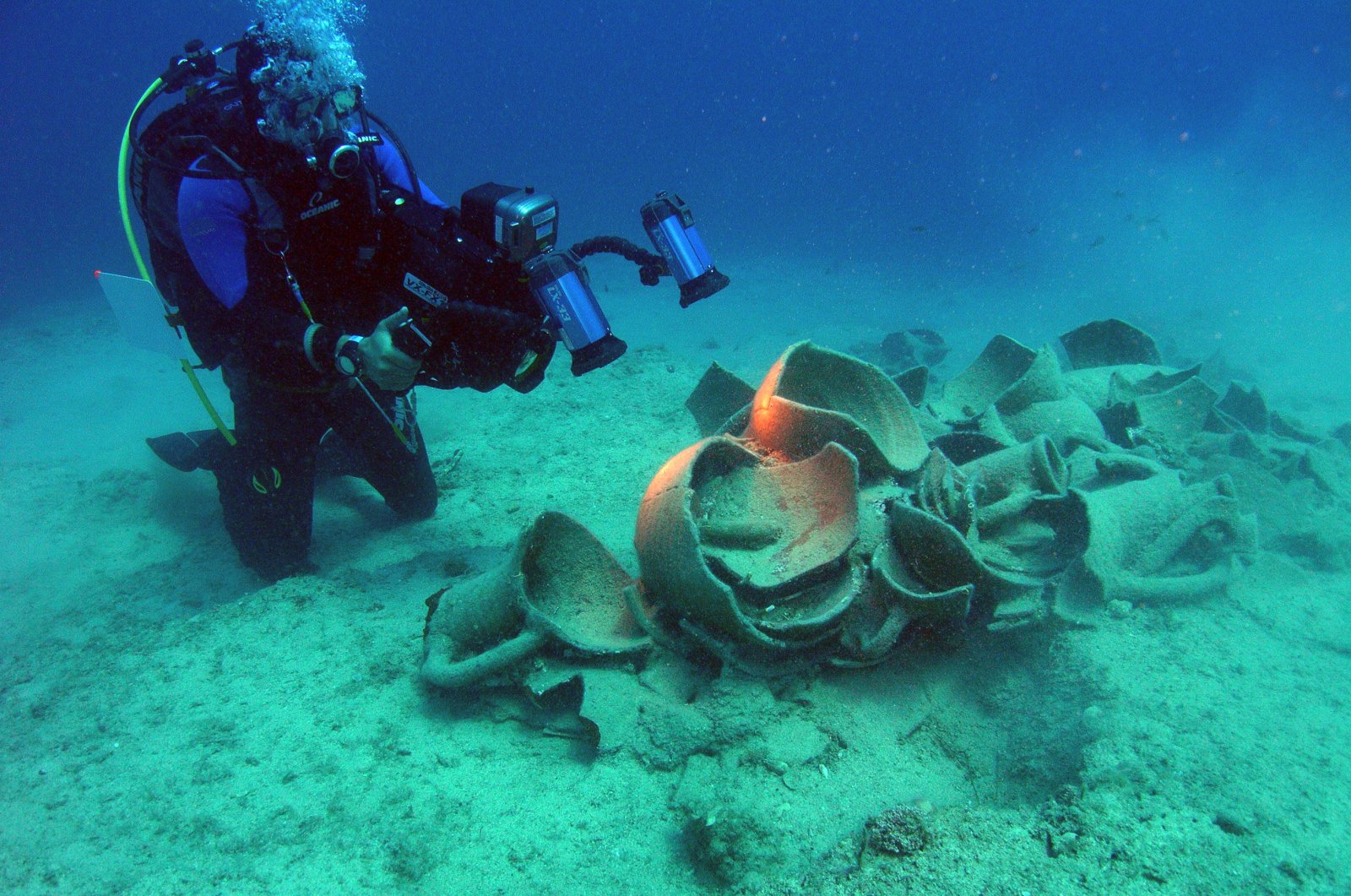 A shipwreck of Rhodes dating back to the third century A.D. was found in the depths of the Gulf of Fethiye within the scope of the study being carried out by the Turkish Shipwreck Inventory Project: Blue Heritage (TUBEP).

With the Turkish Shipwreck Inventory Project, which is supported by the Presidency of Strategy and Budget, the underwater cultural heritage of the Fethiye coast has been mapped by researchers from Dokuz Eylül University (DEU) Marine Sciences and Technology Institute.

The latest works of the researchers, under the presidency of DEU Marine Sciences and Technology Institute Vice Director associate Dr. Harun Özdaş, revealed the shipwreck of Rhodes, which is discovered as three heaps on a 28-38 meter (92-125 feet) slope underwater.

The shipwreck mainly features amphorae (a type of container) used for the transportation of commercial products.

It was determined that the shipwreck was the "last Rhodes shipwreck" belonging to the Roman Period. The results of the research were published in the Turkish Journal of Archeology and Ethnography and announced to the scientific world.