Battling to save wine ‘worth millions’ from WW1 wreck 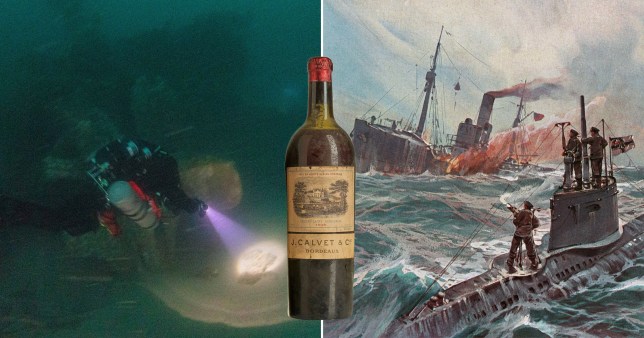 A German U-boat sank the Libourne off the coast of Cornwall on September 29 1918, just six weeks before the end of the First World War.

At the time, merchant ships were frequently sunk by German U-boats with as many as 15 a day being taken out as they attempted to reach British ports.

The Libourne was returning to the UK from a mission to deliver coal to allied forces and set off from Bordeaux on the morning she sank with a hold full of wine, champagne, brandy, Benedictine and £425 worth of gherkins.

But she never made her intended final destination of Liverpool as she was struck by the U-54 captained by Hellmuth von Ruckteschell as she approached Penzance.

The Libourne sank in less than half an hour. Three men were killed in the explosion but amazingly 30 survived.

Now, more than 100 years later the wreck of the Libourne is at the centre of a new battle between marine explorers and Historic England and the Department for Digital, Culture, Media and Sport (DCMS).