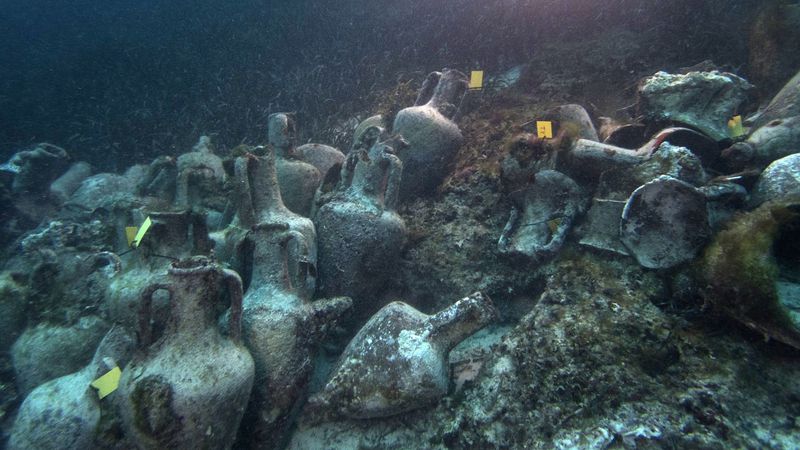 Near the northern Greek island of Alonissos lies a remarkable ancient shipwreck: the remains of a massive cargo ship that changed archaeologists' understanding of shipbuilding in antiquity.

Now this spectacular find is to become the first ancient shipwreck to be made accessible to the public in Greece, including to recreational divers. Greece's rich underwater heritage has long been hidden from view, off-limits to all but a select few, mainly archaeologists.

Scuba diving was banned throughout the country except in a few specific locations until 2005, for fear that divers might loot the countless antiquities that still lie scattered on the country's seabed. Ancient shipwrecks and even many more recent ones are still off-limits.

Now that seems to be gradually changing, with a new project to create underwater museums. Divers will be able to tour certain shipwrecks and non-divers will experience the sites through virtual reality in information centers on land.

The first of these sites is the Peristera shipwreck, named for the uninhabited Greek island opposite Alonissos where it was discovered in the early 1990s.

The cargo ship was laden with thousands of amphoras, or vases, probably containing wine, when it sank in the late 5th century B.C. All that survives is the cargo, the exposed parts of the wooden ship having long since rotted away.

But the sight is spectacular. Thousands of ancient vases, the vast majority intact, lie in layers. Fish, sponges and other sea creatures have made the amphoras their home, adding color and life to the site. In some places, the cargo towers above divers as they pass along the perimeter of the wreck.