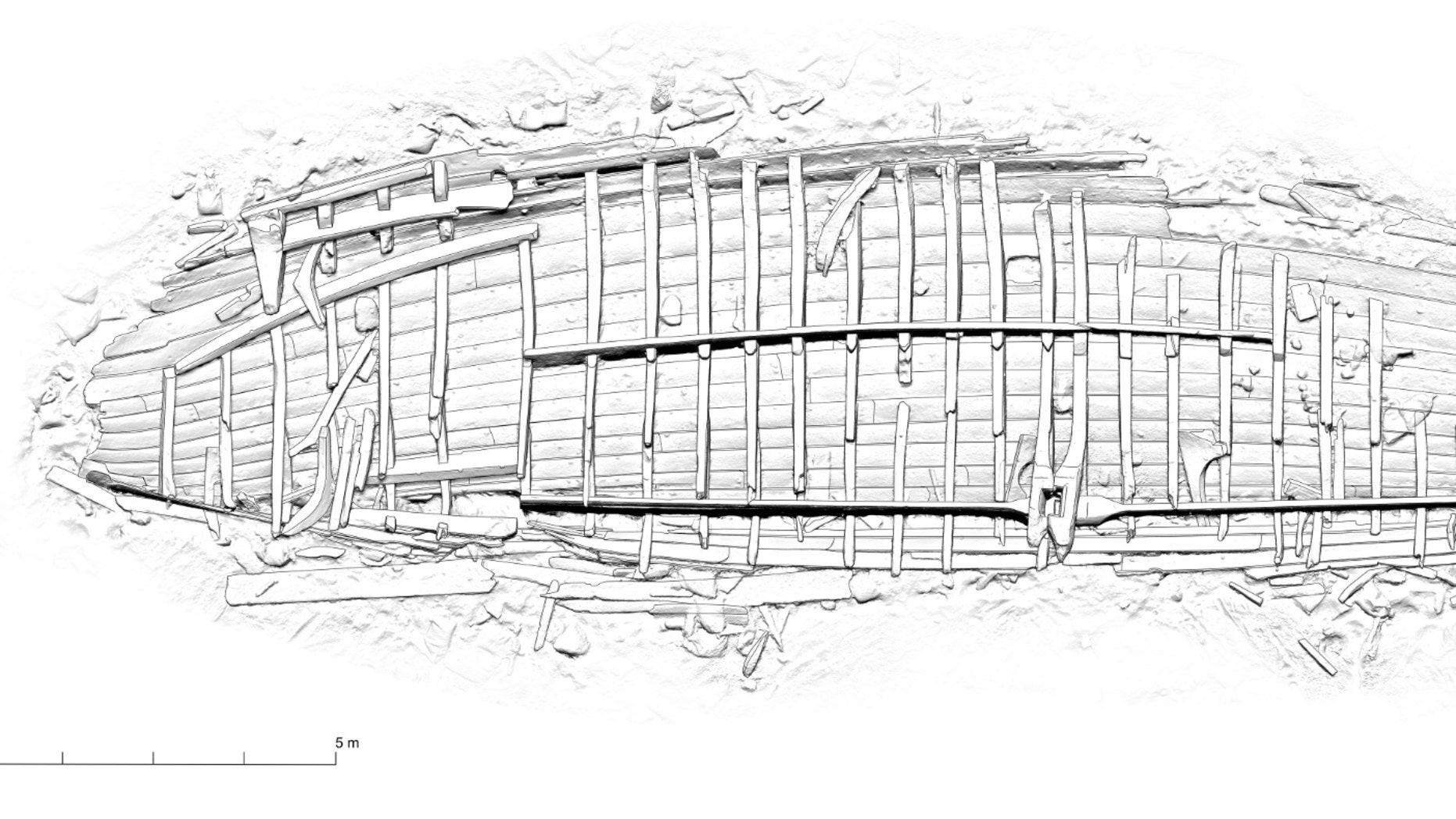 The wreck of a 12th-century ‘Viking-style’ ship discovered in a German port is revealing its secrets thanks to high-tech 3D-scanning technology.

The shipwreck was found in just 10 feet of water when workers were extending the Baltic Sea port of Wismar. Thanks to the seawater and harbor silt, the ship’s timbers are perfectly preserved, according to archaeologists.

Measuring almost 80 feet by 13 feet, the ship’s remains have been dated to around 1188. Experts used 3D scanner technology to reveal that the open-decked ship was constructed entirely with axes and adzes.

Analysis of the ship’s timbers revealed that they were from Western Sweden. Maritime Archaeologist Dr. Jens Auer, who led the project, described the ship as a descendant of Viking vessels. “It was a heavy, load-bearing cargo ship, of Nordic design, built with great care and durability…with overlapping pine planks, clinker-style, with a beautiful curved construction…made during a relatively peaceful period of time," he explained, in a statement.

The ship likely carried cargoes such as timber, stones, or even beer, Auer added.

Experts estimate that the ship had a crew of 8 to 12 men.