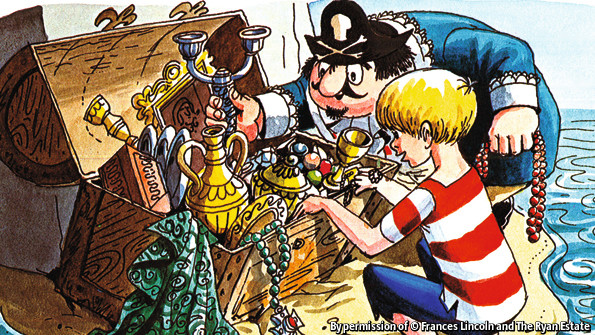 Two centuries underwater had dulled their sparkle, yet the first glimpse of silver coins drew excited cheers on board Odyssey Marine Exploration’s flagship.

The gold coins that came next really caught the Iberian sun—and the spirits.

The entire haul was worth around $500m; a record find for Greg Stemm, Odyssey’s boss. He dislikes the “treasure hunter” label, but sports a beard and cracks pirate jokes.

Like old buccaneers, he also tangles with the authorities. After five years of legal wrangling, America’s Supreme Court in 2012 upheld a ruling that, because the wreck was a Spanish warship, it enjoyed sovereign immunity.

Odyssey has already returned most of the trove, nearly 600,000 coins. A ruling by a Florida court this month could make it pay Spain’s legal costs—which run into millions of dollars.

A former chicken farmer called Mel Fisher took eight years to secure his rights to the wreck of the Nuestra Señora de Atocha, a 17th-century Spanish galleon. When he found it after more than a decade’s searching off the Florida coast, a hotbed for treasure hunters, the state claimed ownership of its cargo of silver coins and emerald jewellery.

Eventually the Supreme Court ruled that the site was in international waters, where finders’ rights prevail.

Such struggles with officialdom make a tough business even harder. Some 3m wrecks pepper the ocean floors, according to the UN (though few contain riches). Finding them involves lengthy research and lucky breaks.

Recovery can take months of work by specialist crews. Of 52 annual reports filed by publicly listed shipwreck-recovery firms since 1996, only five show a net profit.

In that time Odyssey, the biggest, has racked up losses of nearly $150m. The “treasure” consists of money extracted from “starry-eyed investors”, according to James Goold, a lawyer who represented Spain in the Odyssey case.