Support for bid to clear pirate 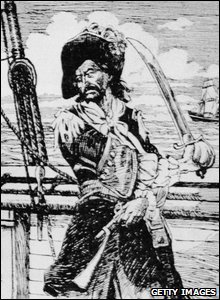 
The Scottish Parliament has been asked to support a campaign to clear the name of a captain who was hanged for piracy more than three centuries ago.

Captain William Kidd had been appointed by the Crown to tackle piracy and capture enemy French ships.

In 1698, he looted the Armenian ship the Quedagh Merchant, which was apparently sailing under a French pass. However, the captain of the ship was an Englishman and Capt Kidd was executed in London in 1701.

The Quedagh Merchant had been carrying satins, muslins, gold and silver when she was attacked by Kidd.  It is thought that a large amount of the booty belonged to the British East India Company.

As well as the piracy charges, Capt Kidd was accused of murdering one of his crewmen during a row in 1697.