Retracing the Titanic for posterity 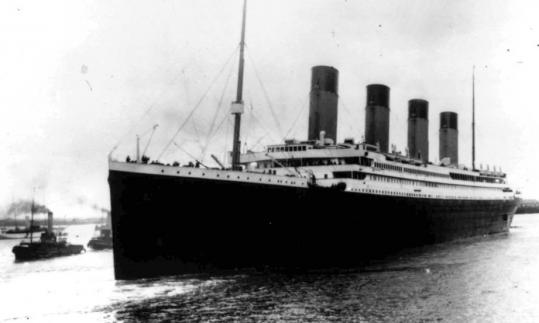 A team of top scientists, launching what is billed as the most ambitious and advanced survey of the Titanic, sets out next week to map in photographic detail the entire wreck site, and reconstruct in electronic form the ruins scattered on the seabed.

By melding photographs, high-definition video and computer imaging, scientists — including experts at the Woods Hole Oceanographic Institute — plan to create a three-dimensional computer model that will allow scientists and members of the public to “swim’’ through the wreckage online, as though they were at the site more than 2 miles below the ocean surface.

“We can raise the ship virtually,’’ said James Delgado, the expedition’s principal investigator and president of the Institute of Nautical Archaeology. “The data you can capture is incredible.’’

Scientific research on this scale, Delgado and others said, has never been attempted at these depths, where the pressure is more than 400 times that on earth’s surface, and the temperature never moves far from 39 degrees. There is no sunlight and little life.

Since the wreckage was discovered in 1985, expeditions have focused on recovering relics from the world-famous shipwreck and capturing footage of its sundered bow and stern.

The upcoming 20-day voyage, scheduled to set forth from Newfoundland Sunday, is far more ambitious, a groundbreaking attempt to probe nearly every aspect of the site, from the giant ship’s iconic bow to the colonies of microbes eating away at its iron hull. The mission will also catalog the countless artifacts strewn across the ocean floor.

Using the latest sonar and computer-imaging technologies, researchers will be able to record the site with new detail, clarity, and accuracy. They hope the pioneering effort will provide a blueprint for future deep-water exploration.

“We’ve never had the ability to map with such precision,’’ said David Gallo, a leader of the expedition from the Woods Hole Oceanographic Institution who estimates that as much as 40 percent of the vast site has never been surveyed. “We’re going to treat it like an archeological dig, and that’s never been done before at these depths.’’