Search for priceless statues in the Adriatic Sea 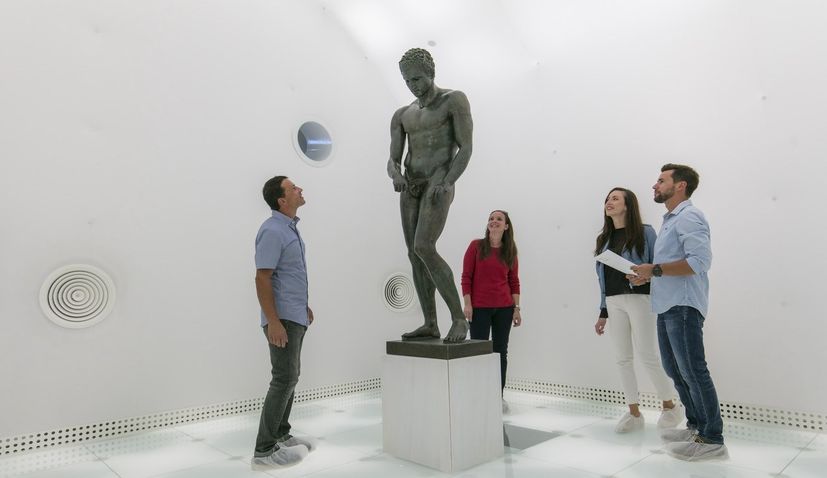 American mega-builder Fred Hagen there is no such thing as an uneventful day. After all, he is running some 60 multi-million dollar building projects from Philadelphia to Fairbanks, Alaska … including new hospitals, government facilities, major museums and sprawling housing developments.

But for Hagen his most stimulating days have him diving on the wreck of the Titanic, salvaging World War ll aircraft and recovering mortal remains of American airmen lost in the jungles of Papau New Guinea, or starting his own humanitarian mission in war ravaged Ukraine — personally delivering pediatric medical equipment to embattled Ukrainian hospitals.

For Hagen, the quest for first hand knowledge and unexpected experiences is a marvelous obsession, especially for a humble Delco guy who started out swinging a hammer and working on the Alaskan Oil Pipeline in the late 1970s.

The expedition is based on the widely held theory developed since the discovery of the famed Croatian Apoxymonos statue in 1962 by a sponge diver who came across a Roman wreck, that there were likely more statues along the wreck site path as the the ship’s crew was tossing the heavy statues overboard in hopes of saving themselves.

In 1962, while diving for sponges, a man discovered an untouched ancient Roman cargo shipwreck in the deep channel just off the coast of modern-day Croatia. The site from Emperor Trajan’s time (98 to 117AD) has fascinated archaeologists for years and yielded many valuable discoveries. The site has also left archaeologists split on a theory of why the ship sank. 37 years later, the Croatian Apoxyomenos statue was found just 3 miles from the Roman cargo shipwreck. Could this be a clue to what sank the cargo ship ?

Many archeologists hypothesize the statue sailed with General Lucius Licinius Sura on the vessel and was cast overboard to lighten the load during a storm. Because Roman cargo ships rarely sailed with only one statue, it is believed that additional sculptures and items rest on the 3-mile stretch of ocean floor between the two sites. It is also thought that this may be the site of General Lucius Licinius Sura death.