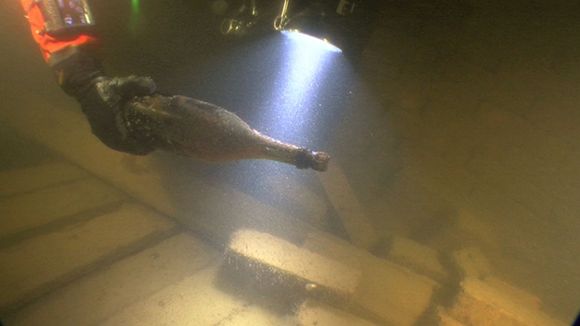 Eleven bottles of the famous champagne found in an early 19th century shipwreck near Finland’s Åland Islands will go on auction next summer, according to reports by Åland media. The bottles are believed to be some of the oldest—if not the oldest—champagne in the world.

The government of the semi-autonomous maritime province of Åland had decided to sell several precious bottles some time ago, but now it settled on how many would be sold.

Newspaper Ålandstidningen reports that four of the bottles to be auctioned in summer 2012 are from the champagne house Veuve Clicquot, six are Juglars and one is a Heidsieck.

The latter arouses particular interest since only four such bottles were recovered and just one will go for sale.

Last June, the province auctioned off two bottles of the 145 found in the shipwreck. A Juglar went for 24,000 euros, while a Veuve Clicquot fetched 30,000.

The cargo of intact, corked bottles was found in the summer of 2010.