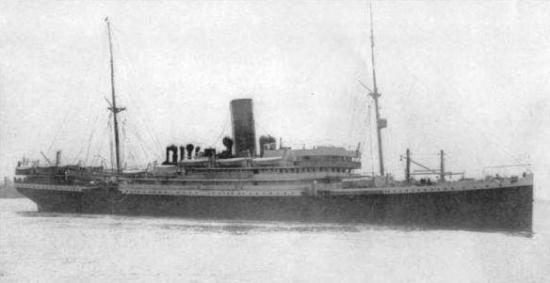 The Italian government has stepped in to the hunt for €17m (£15m) worth of sunken treasure, spilled from the Italian liner Ancona, which a US firm is hoping to recover from the bed of the Mediterranean between ­Sicily and Sardinia.

The Ancona was carrying gold and silver when it sank on 7 November 1915 after being torpedoed by a German U-boat flying an Austro-Hungarian flag. Of 760 people on board, more than 200 perished when the giant transatlantic vessel went down.

A foreign ministry spokesman said tonight that lawyers in America had taken action in the US courts that meant neither the salvagers nor the government could take any initiative without first giving 45 days' notice to the other party.

A spokeswoman for Odyssey Marine Exploration, the Florida-based firm searching for the treasure, said it had filed a joint motion with the Italian government "preserving the administratively closed status of the case". She added: "There is no dispute between Odyssey and the Italian government."

The manifest of the first world war ship recorded its 12 trunks of gold, and shipment of silver bars. The bullion, entrusted to a civil servant, was thought to be intended for purchasing arms for Italy.

Some Italian officials regard the vessel as now untouchable. Sebastiano Tusa, head of the government's marine heritage department on Sicily, told La Stampa: "It is a war cemetery that cannot be defiled by a company looking to make money.

The only acceptable project might be a ­non-profit-making one for scientific and historical research, with the agreement of all the nations involved in the disaster."