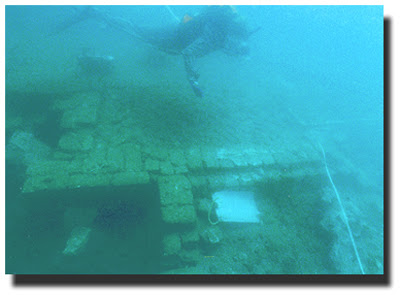 By Anthea McGibbon - The Gleaner

While many Jamaicans fear the sea, some can't imagine their lives without it. Residents of Port Royal are among those whose lives are linked to the sea in more ways than one.

Emmanuel Blake, a Port Royal resident and fisherman for more than 50 years, makes his living from the sea and has helped uncover some of its hidden secrets.

Blake is one of the divers who years ago joined an expedition to retrieve items from the bottom of the sea that were buried there after the great earthquake of 1907 that caused a large chunk of Port Royal to sink.

Much of the artefacts from the area now on display at local museums were retrieved by Blake.

During the late 1960s to early 1970s, Blake joined Robert 'Bob' Marx, an undersea archaeologist, to assist in pumping and retrieving anything that told tales of the history of Port Royal from their muddy burial ground.

The 1907 earthquake, followed by several natural disasters, according to Blake, caused an underground shifting over time, constantly burying the pieces farther.