Treasures out of the blue 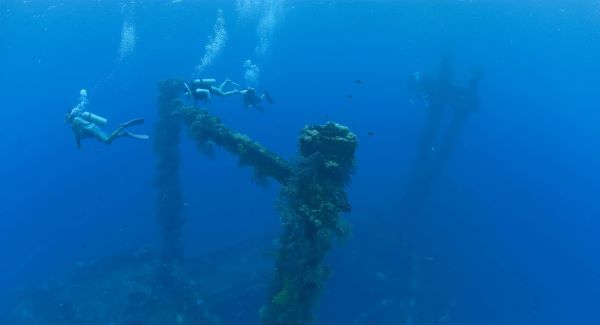 By Noel Baker - The Irish Examiner

Sunken ships in our waters are heritage sites. The work of preserving their artifacts is chronicled in a new pictorial guide by the geological survey, says Noel Baker.

The most spectacular and important shipwrecks in Irish waters are detailed in the book Warships, U Boats and Liners: A Guide to Shipwrecks Mapped in Irish Waters, which is published this week.

The book, a joint venture between the Geological Survey of Ireland and the Underwater Archaeology Unit at the Department of Arts, Heritage and Gaeltacht, includes photographic and sonar images of 300 shipwrecks.

Underwater wrecks have dotted our coastline for centuries, but the interest in them, from abroad and at home, has increased hugely.

In the autumn of 1588, the mighty Spanish Armada took up positions off the west coast of Ireland and was almost blown to bits by westerly gales.

Last August, the RV Keary, a 15m aluminium catamaran operated by the Geological Survey of Ireland, stationed itself a few hundred metres off the coast of Rutland Island, near Burtonport, to search for a wreck that may have been part of the Armada.

The dive was carried out by the Underwater Archaeology Unit (UAU) of the National Monuments Service, and led, for the third year in a row, by Corkwoman Connie Kelleher.

This site, and that of a French vessel a few hundred metres away, are two of the best preserved wrecks off the Irish coast, but they hold secrets.

Archaeologists have not confirmed that the well-preserved wreck was part of the Armada, but there are indicators.

Connie, one of three State underwater archaeologists in the UAU&, said: "We have one side bow to stern [intact] and it’s 18m long at the bottom.

"She was a medium-sized vessel, so she might have been 30m, and she was a war ship." Musket-shot balls and burnt material have been discovered, so it is a fair guess that she burned.