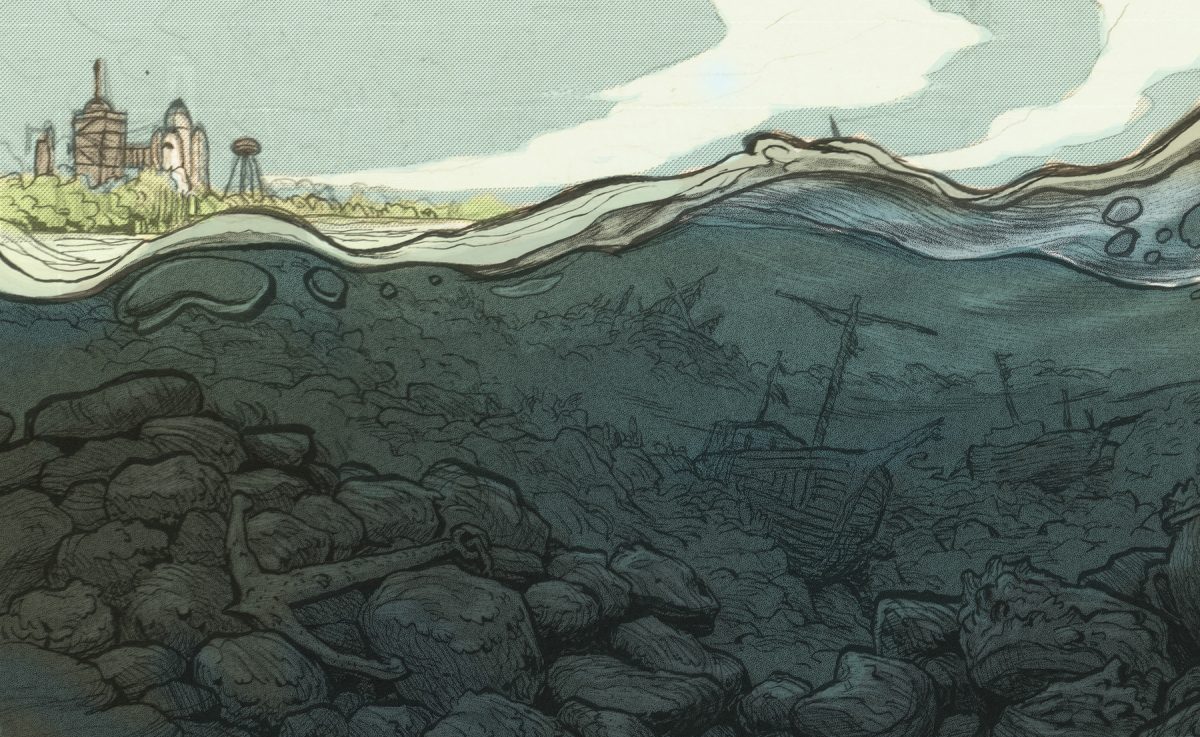 Most visitors come to Cape Canaveral, on the northeast coast of Florida, for the tourist attractions. It’s home to the second-busiest cruise ship port in the world and is a gateway to the cosmos. Nearly 1.5 million visitors flock here every year to watch rockets, spacecraft, and satellites blast off into the solar system from Kennedy Space Center Visitor Complex, reminding us of the restless reach of our species.

Nearly 64 kilometers of undeveloped beach and 648 square kilometers of protected refuge fan out from the cape’s sandy shores. And then there’s the draw of relics like Turtle Mound, a vast hill containing 27,000 cubic meters of oyster shells left by Indigenous tribes several thousand years ago.

Yet some of Cape Canaveral’s most storied attractions lie unseen, wedged under the sea’s surface in mud and sand, for this part of the world has a reputation as a deadly ship trap. Over the centuries, dozens of stately Old World galleons smashed, splintered, and sank on this irregular stretch of windy Florida coast.

They were vessels built for war and commerce, traversing the globe carrying everything from coins to ornate cannons, boxes of silver and gold ingots, chests of emeralds and porcelain, and pearls from the Caribbean—the stuff of legends.