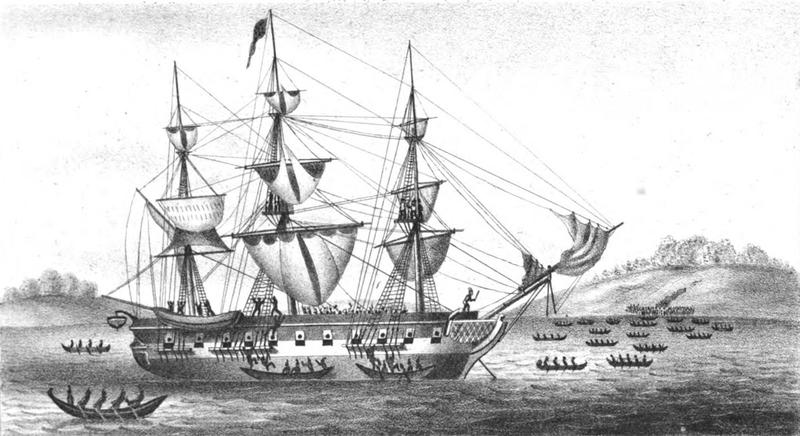 Shipwrecks along the Pacific Northwest coast number in the thousands. A handful have become the long-running obsessions of a cadre of shipwreck buffs.

Arguably, the greatest mystery among many in the region to chew on is: where is the Tonquin ?

Scuba diver Tom Beasley of Vancouver, Canada, has been involved in the search for her since 1982. "The Tonquin is one of holy grails of undiscovered shipwrecks in the Pacific Northwest,” he said.

“For me, the Tonquin is the top of that list." The merchant ship was owned by New York millionaire John Jacob Astor. In 1811, the Tonquin carried the fur traders who set up Fort Astoria, the first permanent American settlement on the Pacific Coast.

The Tonquin then sailed on to Vancouver Island where the captain insulted a native chief. That set off a battle in which most of the crew was killed. A survivor retreated to the ship's powder magazine and blew everything up to avoid capture.

Beasley said this likely happened near present-day Tofino or in a bay northwest of Port Hardy, British Columbia. "There is a lot more searching that needs to be done,” Beasley said.

“These are dynamic bodies of water. In the Tofino area, the prime location is probably an area that has dynamic sand. If the wreck is there, it could be covered one day and uncovered two years later." "I like it because it is a fascinating period of cultures coming together and first meeting.

And the conflict and interaction of those cultures," Beasley said. "It's a fascinating, little-known story that should be known more, mystery and adventure."

Beasley serves on the board of the Underwater Archeological Society of British Columbia when he is not earning his living as an employment attorney.

After decades of searching, a rusty anchor recovered from the sandy bottom near Tofino in 2003 is the most intriguing clue found so far.

Beasley described the anchor as oddly encrusted with blue-green trade beads, which dated to the fur trading era when the Tonquin sank. But no markings conclusively link the anchor to the lost barque.