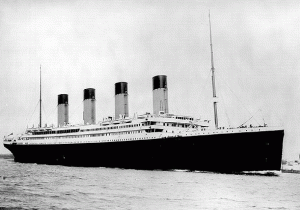 Australia’s version of the Titanic has taken another step towards becoming reality.

Finnish ship design and marine engineering firm Deltamarin Ltd. has been commissioned to assist with the construction of modern version of the ill-fated passenger liner for Australian billionaire Clive Palmer.

Mr. Palmer in an emailed statement Tuesday said his recently established shipping company, Blue Star Line Pty. Ltd., has hired Deltamarin to undertake a full review of the Titanic II project to ensure the vessel will be compliant with all current safety and construction regulations.

China’s state-owned CSC Jinling Shipyard was hired in late April to build Titanic II, a luxury ship that will be constructed to the same dimensions as the original vessel that sank 100 years ago.

Mr. Palmer has previously said the only changes would be below the water line, including welding rather than riveting, a bulbous bow for greater fuel efficiency, diesel generation, and enlarged rudder and bow thrusters for increased maneuverability.

Mr. Palmer reaffirmed plans to launch the ship in 2016, with the intention of sailing from China to England before a maiden voyage retracing the intended original journey.