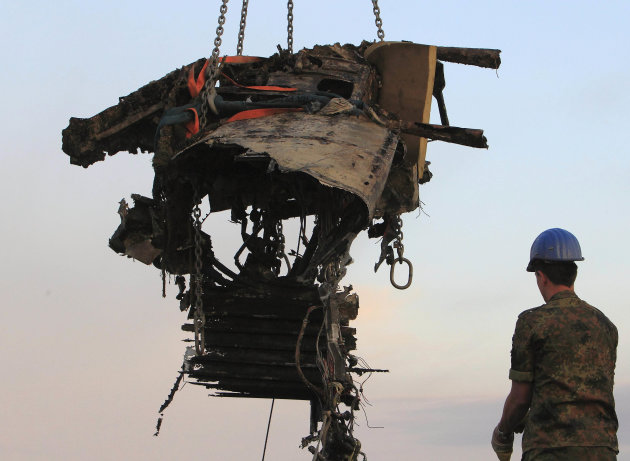 It looked like a Stuka, partly buried in the muck at the bottom of the Baltic Sea, but researchers now say the wreck German military divers have been recovering for the past week is a totally different — though nearly as rare — World War II aircraft.

German Military Historical Museum spokesman Capt. Sebastian Bangert said Friday that enough of the plane has now been recovered to make clear it is not a single-engined JU87 Stuka divebomber, but a twin-engine JU88 aircraft.

The two Junkers planes shared several parts — including the engines on many models — and from the way it sat in the seabed Bangert says it appeared to have been a JU87.

But now that a wing section is up, it's clearly the larger JU88, he said, talking from the deck of the German Navy ship being used in the recovery.

"It looked just like the Stuka in the underwater pictures — everything that we had brought up had been pieces that were used in the JU87 — so there was no reason to doubt it," he said.
"But this find is perhaps historically even more important."

Perhaps more importantly, the divers have also found human remains, including a partial skull, which they hope to be able to identify.