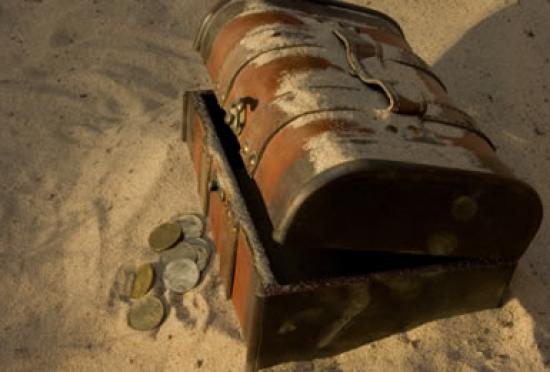 Around 3,000 wrecked ships lie off the coast of Spain, many still laden with gold, silver and gems.

“We always say there is more gold in the Gulf of Cadiz than the Bank of Spain,” said Juan Manuel Gracia, president of the Spanish Galleons Rescue Association.

At least 850 hulks lie beneath the Bay of Cadiz and salvage experts estimate that 180 of these contain treasure worth a total of €25 million.

“It’s as though we’ve lived with our backs to the sea,” explained Javier Noriego, director of Nera Subacuatica. “We have more wrecked ships than any other country in the world, but do less than anyone else to recover their riches,” agreed Gracia.

Both criticised lack of help on the part of the Spanish government in supporting exploration and salvage operations.

They called for comprehensive protection of the entire Spanish coast to safeguard the national heritage, together with more backing and funding.

Spain’s sunken treasures also had to be protected against a further foe: unscrupulous professional treasure hunters.

“Spain was their chief victim and principal target throughout the 20th century and they have preyed on immensely rich underwater sites,” Noriega said.

“They do their job,” said Juan Manuel Garcia in reference to Odyssey, the US salvagers recently ordered by an American court to return to Spain plundered treasure worth €400 million. “But they have been fooling us for years in the Gulf of Cadiz.”

“For years permits have been given to pseudo-scientific missions which are in fact looking for Spanish gold and silver,” agreed Javier Noriega.

Years of unchecked plundering could soon be over for the Gulf of Cadiz at least, now that the Culture and Defence ministries have embarked on their own mission to stop unauthorised ransacking of wrecks.

Navy minesweepers are currently charting the Gulf of Cadiz’s sunken treasure ships although the findings will remain classified information.