History: Bermuda and the Blockade Runners 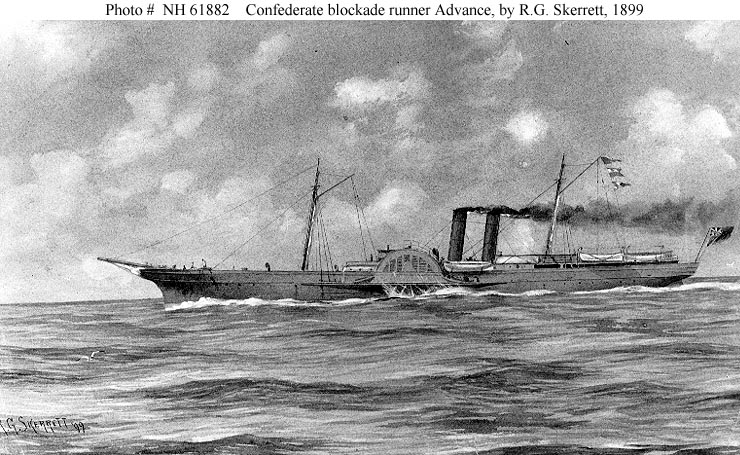 April, 2011 will mark the 150th anniversary of the Confederate bombardment of the Federal Army’s Fort Sumter in Charleston, South Carolina — initiating the devastating American Civil War (1861-65) and turning Bermuda into a mid-Atlantic front in the bloodiest conflict in US history.

The island can likely anticipate some cultural tourism starting next year as Americans hold somber, nationwide observations to mark the outbreak of the Civil War — during which an estimated 600,000 people were killed. more than combined US casualties in World War One, World War Two, Korea and Vietnam.

Beginning in December, 1860, a total of 11 Southern states started to secede from the Union. Among other things, the slave-holding states disagreed with the anti-slavery views of the Union.

During the war, Union forces used their navy to create a blockade of Southern ports — hoping to break the South’s economy, deprive its troops of materiel and munitions and force the newly-created Confederate States of America to surrender.

Known as the Anaconda Plan, this blockade stretched from Maryland down the Eastern seaboard, around Florida, and into the Gulf of Mexico.

As a consequence of the naval blockade, Bermuda — along with the Bahamas and Cuba — became a centre of Confederate commerce. A steady stream of fast-running ships from the South clandestinely skirted the Union blockade, passing through St. George’s carrying cotton from Charleston, South Carolina and Wilmington, North Carolina for English manufacturers; they made the return journeys freighted with European armaments.

Bermuda was both a transhipment point where cotton was directly exchanged for British weapons warehoused here and a refuelling depot for Confederate blockade runners making transatlantic runs.