What sank the Edmund Fitzgerald ? 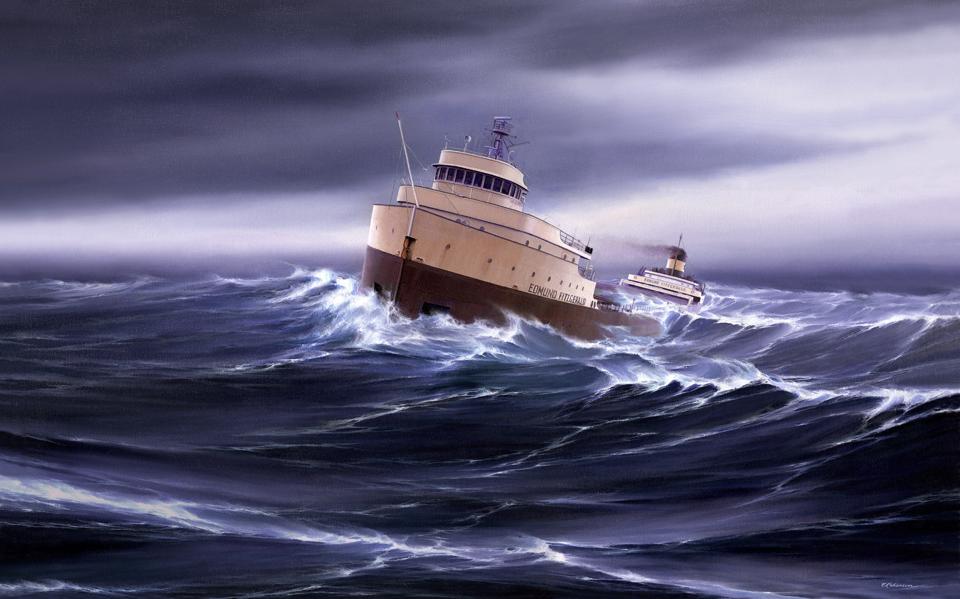 Nobody really knows what caused the Edmond Fitzgerald to sink, but that sure hasn't stopped people from trying to solve the mystery.

In the 40 years since the ship went down, a cottage industry of shipwreck theorists have tried in vain to solve the sinking of the Fitzgerald, which rests in two pieces in 530 feet of water on the lake bottom 17 miles north of Whitefish Bay.

Numerous authors have written books on the tragedy. The U.S. Coast Guard and National Transportation Safety Board both issued official investigation reports that many dismiss in favor of a theory favored by the Lake Carriers Association.

Because all 29 men aboard the Fitzgerald went down with the ship — which was there one minute and gone the next — the best accounts that investigators could rely on were those of sailors in the vicinity of the ship during the storm, or who had contact with the Fitzgerald somehow in the weeks prior to her final voyage.

Some theories are nonsense relating to UFOs or a Great Lakes Bermuda Triangle in the area where the ship sank.

Others overlap in some ways. It's still not completely agreed upon whether the Fitzgerald broke in half on the surface or underwater.

The mystery is compounded by mud covering key parts of the wreck and a legal prohibition on further dives imposed by the Canadian government. What's obvious is that wind and waves played a big role in the sinking.

In 2006, a National Oceanic & Atmospheric Administration study recreated the storm in a computer and discovered that the Fitzgerald and its floating companion, the Arthur M. Anderson, inadvertently steamed into the heart of the storm by taking the northern route across Lake Superior to avoid what they thought would be treacherous waves along the established, more direct southern route.

In that sense, the Fitzgerald met her fate on the path she took to avoid it. But the Arthur M. Anderson survived and the Fitzgerald did not. So, what happened ?

Below is a breakdown of the main theories. Enjoy.