The forgotten shipwreck of the ‘Spanish Titanic’ 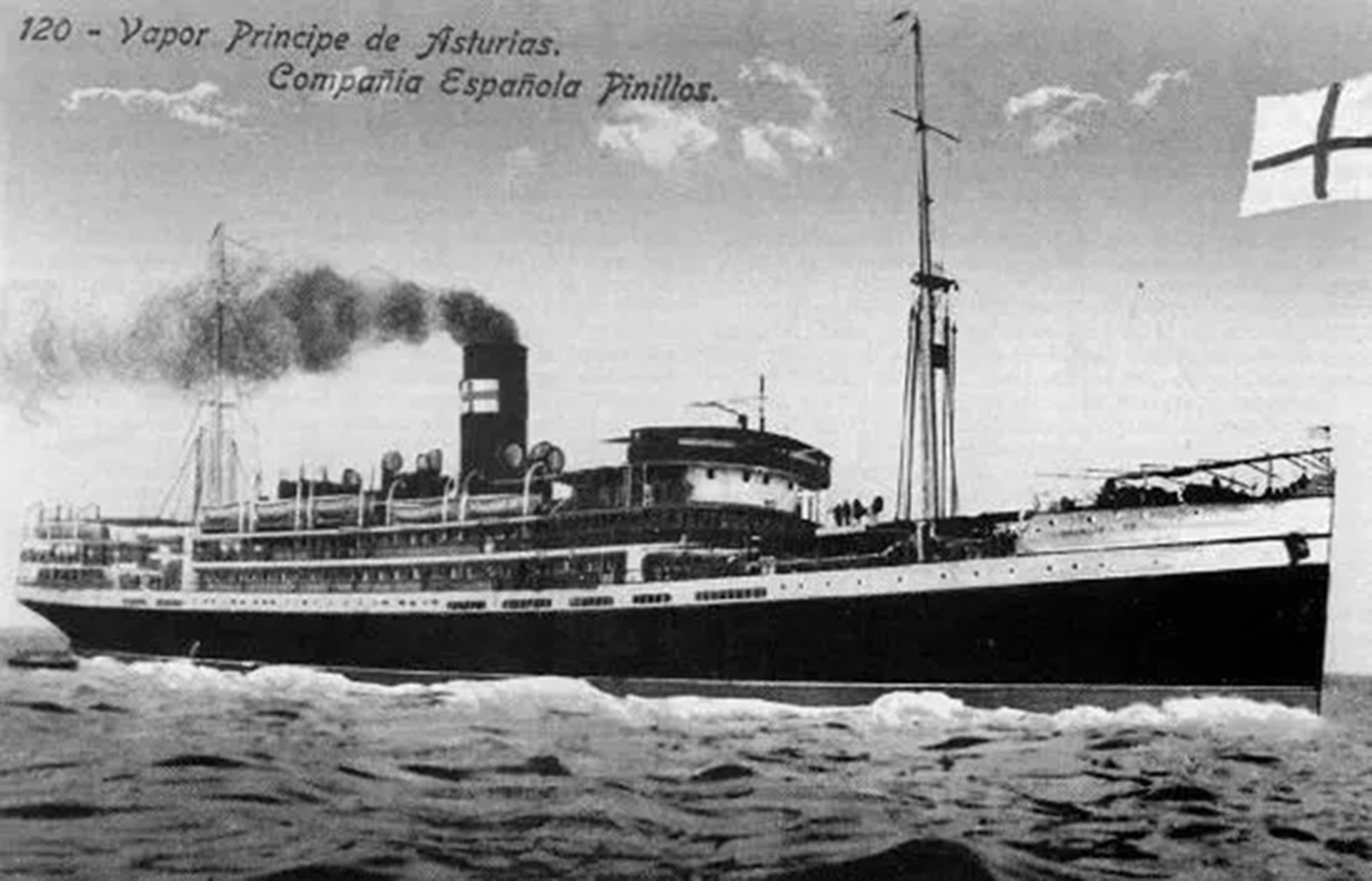 Isidor Prenafeta Siles, 87, still remembers the after-dinner conversations of his youth, in 1940s Spain, when his grandfather would recount the thrilling tale of the shipwreck, if there was company to listen.

“The story of the ship would come up here and there in conversation, but only when guests asked him about it,” he remembers, speaking on the phone from his home in Castelldefels, a coastal town on the outskirts of Barcelona.

“I would ask him about it, too,” says Siles, a retired engineer and a writer who made his living building boats. His grandfather, Gregorio Siles Peña, would recount in gripping detail the fatal wreck of the Príncipe de Asturias, the Spanish passenger liner that sank off the coast of Brazil, on the night of Carnaval, in 1916. Siles Peña knew the details because he was there: he survived the catastrophe.

Peña worked as an electrician on the ship, which was launched just two weeks after a similarly fated, if more famous, passenger liner — the RMS Titanic — struck an iceberg and capsized in the North Atlantic Ocean on the night on April 14, 1912.

The pride of the Spanish merchant navy, built in Scotland, the Príncipe de Asturias departed Barcelona on February 17, 1916, bound for Buenos Aires, on what would be her last and final voyage.

More than a century later, the tragedy of the “Spanish Titanic” (or the “Brazilian Titanic,” depending on who you ask) is better known in Brazil, where it sank, than in Spain, where it set sail. The remains of the shipwreck, which claimed more lives than any other in the history of Latin America’s largest country, still lie in the depths of the South Atlantic.

March 5, 1916: The night of Carnaval, and the last night before the Príncipe’s scheduled stopover in Brazil. First-class passengers are enjoying their own carnival celebration, dancing the Charleston to a live orchestra on the 150-meter-long ship, which in addition to a dancefloor, offered its wealthier guests a library, a sauna and a smoking lounge.

Registered passengers totaled 654, including 193 crew members, but historians estimate that somewhere in the realm of 1,000 additional, clandestine travelers were also aboard: European refugees fleeing the devastation of World War I, packed into the ship’s hold, together with a slew of delinquents of all shapes and stripes — men and women in search of a new life in America.