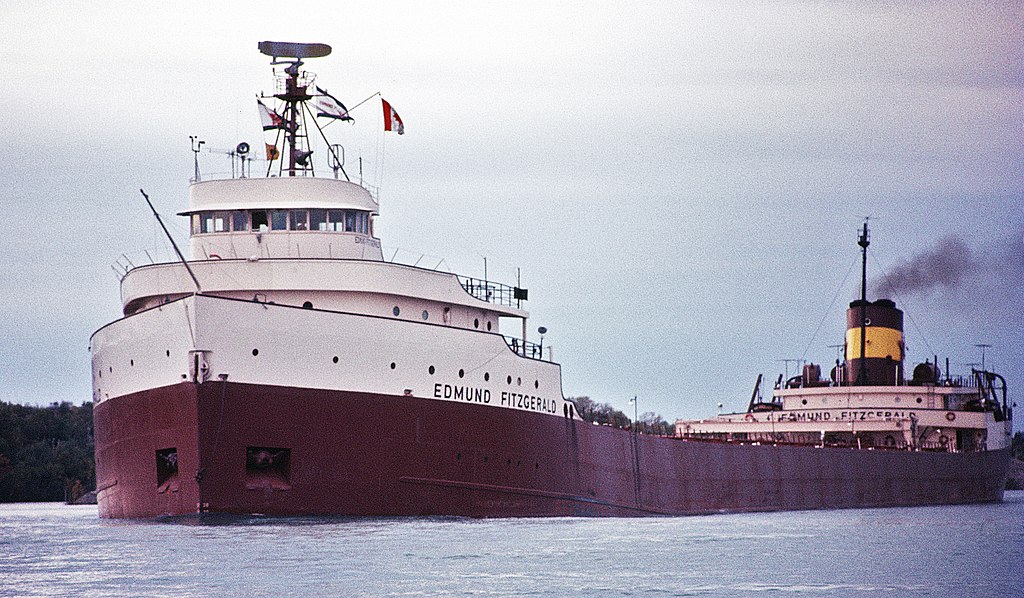 There have been only six expedition teams that have explored the wreck of the SS Edmund Fitzgerald.

A local man, Ric Mixter, who describes himself as a wreck-diving adventurer, was part of one of those expeditions back in 1994 and has produced a documentary that he promises will shed new light on the famous shipwreck.

Mixter's 60-minute program, "The Edmund Fitzgerald Investigations," will air on Sunday night, March 11, at 7 p.m. to culminate the final evening of Delta College Q-TV's annual Spring Fest pledge drive. Mixter, a documentary filmmaker who has been studying shipwrecks since 1991, has a basic philosophy when it comes to writing and producing the historical shows he's noted for.

"If you can't add something new to the topic, don't do it," he said.

"This program delves into a lot of the misconceptions and half-truths surrounding the Edmund Fitzgerald. Even the most informed shipwreck expert will discover something new by watching the program."

The Edmund Fitzgerald, a 729-foot freighter, sank in Lake Superior 17 miles northeast of Whitefish Bay in Michigan, on November 10, 1975, after its captain made the ill-fated decision to ride out a storm that at its apex produced 70 mile per hour winds-which aren't all that unusual for the big lake, Mixter noted.

"The Fitzgerald had a reputation for coming through big storms. It's clear the captain was a rough-weather skipper and instead of laying up at port or taking safe haven at Isle Royal, when he got to the top of the lake he made a bad call."

"No one is alive to say what happened," Mixter said. "The Fitzgerald, though, had been through so many violent storms that the ship can only flex and bend so many times before it tears."

In July of 1994, a Mt. Morris businessman rented a submarine and wanted a camera guy and media coordinator (Mixter, who was working at TV-5 at the time) to be part of the fourth expedition of the Edmund Fitzgerald. Mixter spent an hour in the shipwreck and found a good portion of it still intact in its final resting place some 530-feet deep in icy Canadian waters.

"The name is still readable and the first 180 feet of the ship is in pretty good shape," Mixter said. "The most dramatic damage occurred on the side of the ship where the deck was ripped away from the hull. I've got a lot of glamour shots, which is a terrible term for a wreck that claimed lives."

Mixter's documentary will feature footage of the wreck and interviews with leaders of each expedition, including the first, the 1976 Coast Guard investigation, and the 1980 exploration by the famed Jacques Cousteau team.