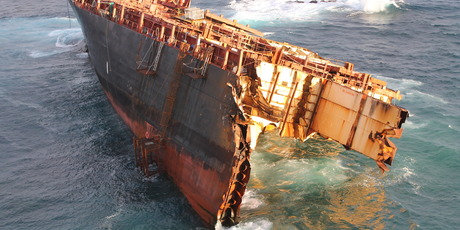 Up to 40 wreckage removal experts from around the world will converge on Tauranga in the next week for the second phase of the Rena recovery.

Salvage authorities announced plans to remove the bow section of the stricken cargo ship this week but said yesterday they were yet to figure out how to remove the rest of the Rena from Astrolabe Reef.

The ship ran aground on the reef as it headed towards Tauranga early on October 5, spewing oil and debris across the coast.

Clean-ups have helped clear remaining rubbish but the wreck remains on a 22-degree list on the reef in rough water described as like a washing machine.

The operation to remove the bow will begin on August 3 when a salvage team boards the ship and cuts the section into pieces.

Divers will cut around the bow up to 1m below the surface, using a combination of magnesium steel with oxygen and electricity to cut the metal.