A 104-year-old biscuit from Ernest Shackleton 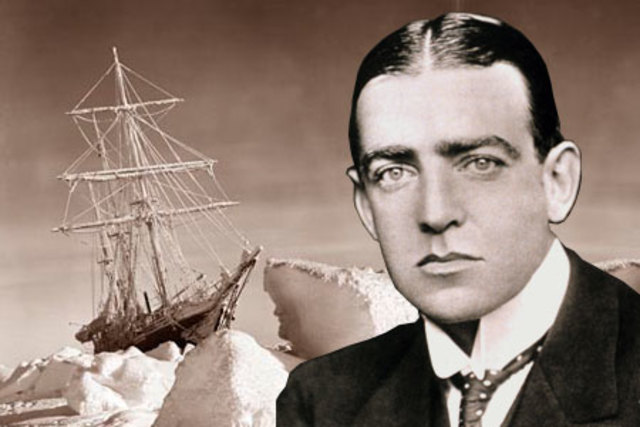 Ernest Shackleton earned his place in history as the leader of the ill-fated Endurance expedition, when he braved 920 miles of Antarctic waters to save his stranded crew. Now, for just $2500, you can commemorate Shackleton's heroic legacy...in biscuit form.

Below you can see a biscuit - or, as we uncouth Americans would more likely call it, cracker - from Shackleton's 1907 Nimrod expedition. Shackleton (who is second from the left in the photo up top) undertook three expeditions to the South Pole.

Considering he died of a heart attack during the third expedition and the second expedition was abruptly cut short when the Endurance got trapped in pack ice - albeit with no loss of life, thanks to Shackleton's incredible journey to find help - the first expedition really has to be considered his most successful foray to the South Pole, if only by default

Indeed, while the Nimrod Expedition didn't feature the raw awesome of taking a lifeboat 920 miles over stormy freezing seas and then climbing through uncharted mountain terrain to find help and save his men, it still accomplished plenty.

On this 1907 expedition, Shackleton made it to within 112 miles of the South Pole, by far the closest approach until Roald Amundsen and Robert Falcon Scott finally made it all the way there a few years later. The Nimrod expedition also carried out extensive scientific research and managed the first successful of Antartica's second highest volcano, Mount Erebus.

And the biscuit you can see on the left is a perfectly preserved relic of the Nimrod Expedition. Made by Huntley & Palmers, the foodstuff was meant to provide energy and protein. It was far from a delicacy - it likely didn't have much taste to it at all - but it was an effective, if imperfect means of keeping these early Antarctic explorers going.

Thanks to the cold, dry Antarctic climate, this particular biscuit was found perfectly preserved in the hut at Cape Royds, which served as Shackleton's base of operations during the Nimrod Expedition.