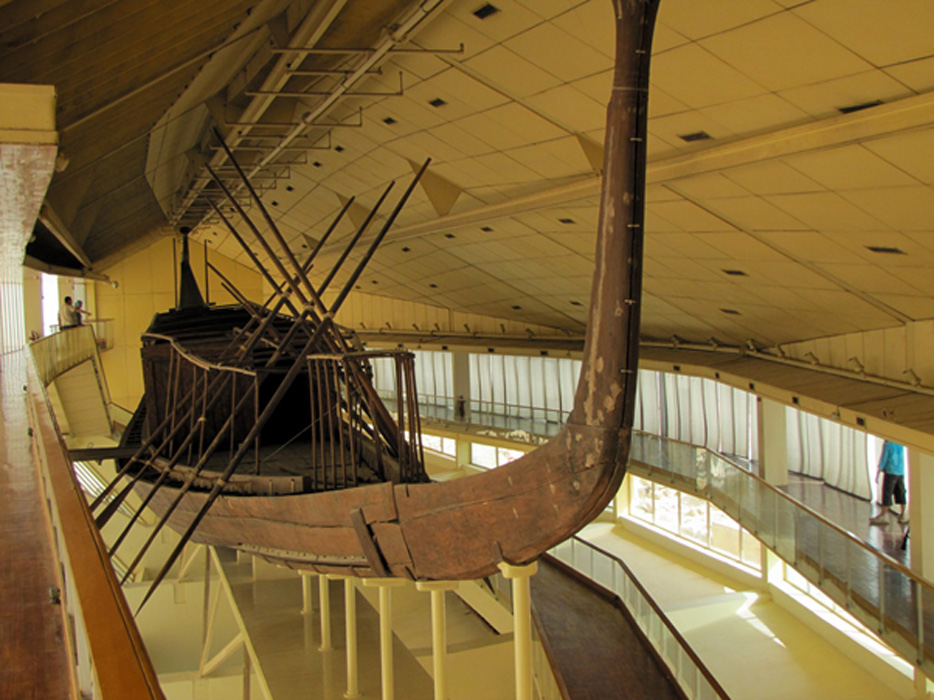 
Visitors to the Giza Plateau will be able to view Khufu's second solar boat through a tiny camera 4,500 years after it was buried to ferry the king to eternity.

On the southern side of Khufu's Great Pyramid, a hundred journalists, photographers, cameramen and television presenters gathered inside a five-metre-long metal hanger padded with black fabric.

Inside the hanger were 10 leather chairs and an LCD screen showing scenes of Khufu's solar boat in situ.

From last Saturday, Khufu's second solar boat is on show to the public for the first time since its discovery by Egyptian architect and archaeologist Kamal El-Mallakh with Zaki Nour in 1954.

At that time El-Mallakh and Nour found two boat pits during routine cleaning at the southern side of the Great Pyramid.

The first pit was found under a roof of 41 limestone slabs, each weighing almost 20 tonnes, with the three westernmost of the slabs being much smaller than the others leading them to be interpreted as keystones.

On removing one of the slabs El-Mallakh and Nour saw a cedar boat, completely dismantled but arranged in the semblance of its finished form.

Also inside the pit were layers of mats, ropes, instruments made of flint and some small pieces of white plaster along with 12 oars, 58 poles, three cylindrical columns and five doors.