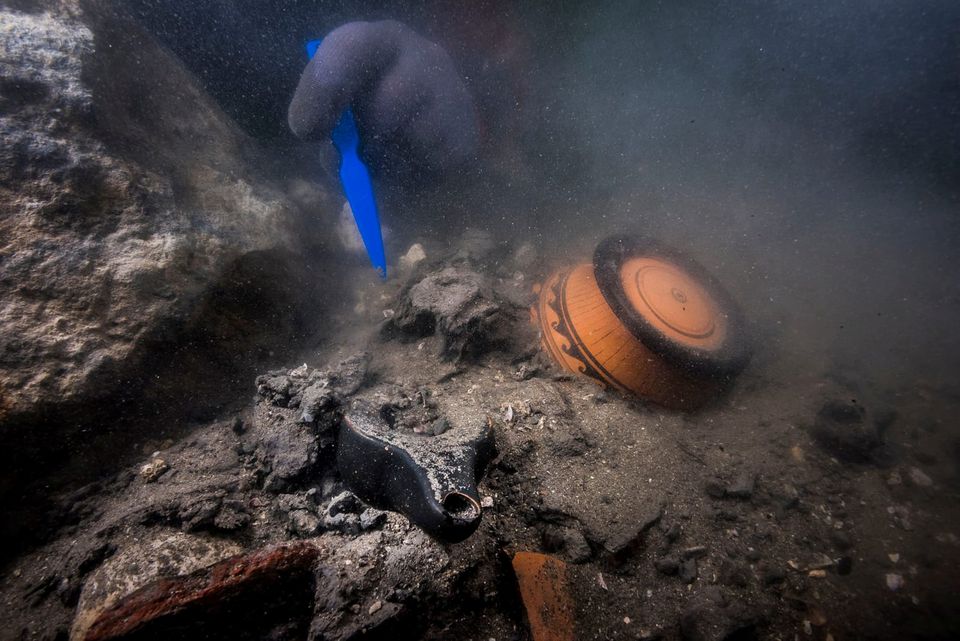 Divers have discovered rare remains of a military vessel in the ancient sunken city of Thônis-Heracleion - once Egypt's largest port on the Mediterranean - and a funerary complex illustrating the presence of Greek merchants, the country said on Monday.

The city, which controlled the entrance to Egypt at the mouth of a western branch of the Nile, dominated the area for centuries before the foundation of Alexandria nearby by Alexander the Great in 331 BC.

Destroyed and sunk along with a wide area of the Nile delta by several earthquakes and tidal waves, Thônis-Heracleion was rediscovered in 2001 in Abu Qir bay near Alexandria, now Egypt's second largest city.