The fatal torpedoing of the Benvrackie


Report of an interview with the master, captain W. Eyton-Jones


"We were bound  from Loch Ewe to Cape Town with a general cargo of 5.850 tons, including aircraft and silver. The ships was armed with a 12 pounder, a 4" gun, 2 Hotchkiss and a Lewis gun.

We formed up in convoy OB-312 on the 20th of April, 1941, until we dispersed and continued independently. About 100 miles off the Azores, we suspected being followed by a U-boat, as one night, we sighted a green light 2 or 3 hours after darkness had fallen. It looked as though whoever it was, wanted us to show a light to give ourselves away, but we did not do so and immediately took violent evasive action, proceeding at full speed into the weather, as there was a strong Westerly wind blowing and heavy seas...

On the 13th of May, at 06.30, about 700 miles southwest of Freetown, we were torpedoed without warning, being struck on the port side. There were two violent explosions, a few seconds only between each. There was an awful lot of strong sulphur fumes, so strong that it was impossible to get through the port alleyway. The ship began to fill rapidly and took a violent lurch when she was hit, then took a list to port and started to go down fast by the stern. We saw nothing of the submarine, nor of the track of the torpedoes, as it came from directly out of the path of the sun.

I was in the chartroom at the time and was thrown to the floor. I went out on the deck, the port lifeboats and davits were blown away, I could not see any of the other boats, so went forward and let go the raft in the rigging. As I did so, the bows of the ship rose and she plunged straight down, disappearing in less than three minutes of being struck. One life boat and two rafts had been got away. There was no time to get out a wireless message. I swam to the lifeboat and went through the wreckage for about 5 or 6 hours, picking up all the men we could find.

About 20 to 30 minutes after the ship had gone, the submarine surfaced approximately a mile away and steamed towards us. The captain of the submarine spoke to the men in the lifeboat. He was a short thick set man and spoke with a marked German accent, asking "Vat ship ?" The men told him our name... The U-boat steamed off on the surface and we saw it no more - It was the U-105, commanded by the German korvettenkapitän Georg Schewe -

The crew, which included one marine, one naval and two military gunners with myself, and 25 survivors from the MV."Lassels" that we picked up previous to our torpedoing, numbered 58, all in the lifeboat. But it had the capacity to carry 50, so we were very crowded. We were 13 days in the boat and sailed 520 miles. Of my crew, 10 are missing, one man died in the boat and another went mad and jumped overboard. Of the 25 survivors from "Lassels", 15 are missing. The confidential books were all thrown overboard in a weighted bag...

On the 26th of May, we were picked up by the hospital ship Oxfordshire and landed at Sierra Leone, where the treatment was so bad, I never want to see Sierra Leone again...!

In the depth of the Atlantic Ocean still lies the wreck of the Benvrackie...
In her holds 1 million ounces of untouched silver. 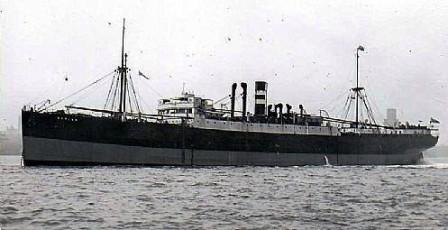 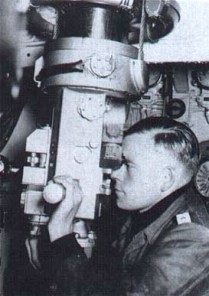