This East Indiaman is probably one of the richest French vessel ever lost at sea and never found… Yet !

“La Vierge du Bon Port” was a good ship bought in Saint Malo in 1664 armed with 30 cannons and of 300 tons burden. Her captain, Truchot de la Chesnaie, from Saint Malo also, was commanding this vessel on a special order from the Minister Colbert, a dedicated Minister for the Marine Affairs, appointed by Louis XIV, the Sun King.

At this time, France was from far the main European military power on land and sea. This mission was the first expedition to Madagascar for the creation of a strong colony on the island, under the privileged of the newly created French East India Company.

For this purpose, four ships were being prepared in Le Havre, La Rochelle and Saint Malo and gathered together at Brest for a cost to the Company of more than 500.000 L:

Altogether, with 230 elite crew and 288 passengers (soldiers, high rank civil servants etc…), the little squadron left Brest on 7 of March 1665 and reach Madagascar on the 10th of July, for the "Le Saint-Paul" and at the end of August, " Le Taureau" and "La Vierge-de-Bon-Port" reach also their destination.

The goals for this first expedition, were principally to send to France, in the shortest times, a ship fully loaded with a large variety of samples which could be found in Madagascar and the islands in its vicinity. It was vital to show to everybody a first good result for the future expeditions...

On the 20th of February 1666, the ship "La Vierge-de-Bon-Port", full of goods and merchandises was ready to sails on a voyage back to Le Havre, in France.

Unfortunately, several month later, on the 9th of July, her voyage almost completed, she was attacked by an English corsair and sunk off Guernsey, with her 120 crew, the remaining survivors taken as prisoners and brought to England.

The captain Truchot de La Chesnaie died in captivity at the island of Wight and Monsieur Souchu de Rennefort, High Secretary of île Dauphine (Madagascar), returning to France, was released in 1667.

With this event, perished all hopes for a rich colony to be raised and the commercial loss resulting from this expedition was immense, as all her treasures were lost for ever...

From the English report:

… On the 6th instant, here arrived His Majesties Shipp the "Orange", captain Gunman Commander, whoe having about Guernze, ben in fight with a French ship, which came from the Red Sea and the Isle of Madagascar, very richly laden upon account of the East India Company of Fraunce, belonging to St. Malo her ladinge did consist of cloth of gold, silk, amber grease, gould, pearls, precious stones, corall, hides wax and other commodities of great value. And by the Master Monsieur La Shenue of St. Malo declared to be worth above 100.000 pounds sterling.

After a long dispute with the "Orange", the men falinge to plundringe, not regarding to looke after the leakes, shee did sinck and 36 of our men drowned by the overlading them selves with treasure not able to swim. 2 more of our men killed in the feight. Of the French weare drowned and slaine above 40 – 33 prisoners taken remayninge onboard the "Orange".

The said frigat brought under her conduct from Guernze 5 prizes, formerly taken by the "Richmond" under conduct of captain Nevett… The Lord preserve us and the Kingdome from our blod thirsty enemyes and graunt victorie to our naval forces, that both Kinge and people may rejoice and render thancks and praises to God which amongst other things are the dayly prayers of me that is Sir Your Humble servant John Lyshe. 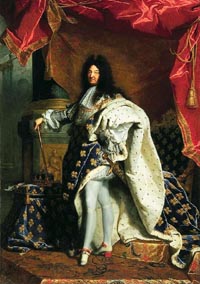