A serious addition to the losses of the mercantile marine during the year has been made by the wreck of the Peninsular & Oriental Company's steamer "Colombo" on the island of Minicoy, in the state of Travancore.

The "Colombo" left Point de Galle (Sri Lanka), on her route for Suez on the 17th of November. The weather was rainy and squally, and on the morning of the 19th, very thick. Suddenly, between 6 and 7 am., the rain and cloud seemed to lift like a curtain and disclosed a terrible sight - Land close ahead and on both bows !

She had her sails set, and before they could be well let fly and the engines reversed, the ship took the ground, and a heavy sea struck her on the quarter and threw her right broadside onto the rocks. Her whole starboard side being thus exposed to a rolling surf, she was soon irretrievably fixed. Her side amidships and all her boats on that quarter were stove and the cabins filled with water. Happily, the ship herself formed a breakwater against the rolling waves, and the space between her and the land  was comparatively smooth.

The women, children and sick were  sent ashore in the remaining boats; but they could not approach to within some distance  of terra firma, and  were carried or dragged by the natives through the intervening breakers. These poor people having been aroused  from sleep, were almost naked, and were exposed to severe suffering before sufficient apparel could be got to land.

The live-stock, sheep and pigs being committed to their own instinct, swam safely to shore. During the day, a great deal of luggage, sails, cordage, etc... were got ashore, but all saturated with sea water; a tent was rigged up for the ladies and children; and 257 of the 630 mail boxes were saved.

On the following days, sufficient of clothes and food  had been got from the wreck to enable the unfortunate voyagers to establish themselves in a little community. Also the Rajah of the place came down and offered the castaways the use of some large huts on the other side of the island. In the meanwhile the ship had broken in two and was rapidly becoming a mere wreck.

An officer was sent in a large native boat to the nearest port on the mainland in order to telegraph to Bombay for assistance. He reached Cochin, 300 miles distant, in four dys. The only available steamer was the "Ottaway", and she was undergoing repairs. The ship departed on the 27th and reached the wreck on the 30th. The unlucky passengers after a most uncomfortable residence of ten days on this desolated island, were embarked and arrived at Aden on the 8th of December.

All on board were saved, as well as a considerable proportion of valuable silk, but only 1/3 of the cargo was salvaged before the ship bilged and surely specie remains in the lost mail boxes. It should be a "not so difficult" diver job to have a look... 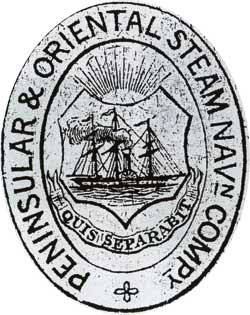 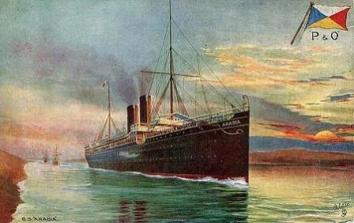