From the PRO London - compiled by Pascal Kainic

The Dutch steamer Batavier V from the Batavier Line was  built by Gourlay Bros & Co., Dundee, Scotland in 1903. She could carry 72 first and second class passengers and 325 deck passengers. While on a voyage from London to Amsterdam, she blew up on a German mine in  May 1916, off North Buoy Inner Gabbard,  with a general cargo valued at £ 22.908, consisting of 7000 bales of rice,  coffee, piece goods etc... 4 lives were lost at this occasion and the amount of gold lost was valued at 840.000 Guilders.


From a confidential correspondence from English foreign office - 1916 :

I am commanded by the Lords Commissioners of the Admiralty to acquaint you, for the information of the Secretary  of State for Foreign Affairs, that the SS Batavier V, which was sunk off the East Coast, had a sum of £ 47.000 in gold on board, uninsured, belonging to the Bank of England.

Arrangements are being made by the Naval Authorities for the salvage of this bullion. The Bank of England has received the following cable:

Salvage Company, Amsterdam - Have contracted with Swiss Companies which insured £ 30.000 on Batavier V, basis NO CURE NO PAY. Salvage to be settled by arbitration. Maximum amount 25% insured value for efficient salvage. Necessary to put in one hand. Cable if you agree salving your lot same terms.

In view of the fact that salvage operations for the gold belonging to the Bank of England are being undertaken by the Naval Authorities, I am to request that His Majesty's Minister at the Hague may be informed that it is not considered necessary for the Dutch Salvage Company to take the matter in hand, and that the gold insured by the Swiss Companies will, if possible, be salved at the same time by the British Government, who will take charge of it, and deliver it to their representative at Harwich."

NO DOUBT THE GOLD WAS SAVED, BUT WAS IT ALL  ? 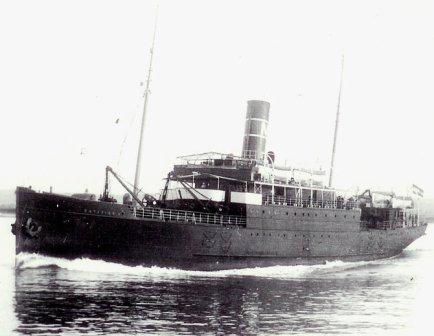