A Titanic before the time...The liner La Bourgogne 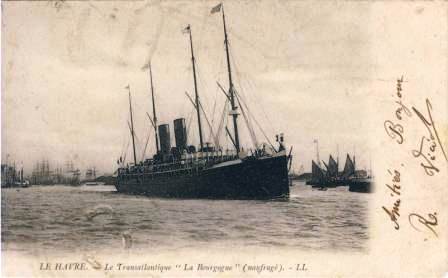 A Titanic before the Titanic ?


The French passenger liner La Bourgogne, from the Compagnie Generale Transatlantique, sank after a collision with the British ship Cromartyshire, in dense fog, 60 miles south of Sable Island near Nova Scotia, in the Atlantic, on 4th July 1898.

Of 711 passengers and crewmen, only 165 survived, thus recording a terrible death toll of 546 lives !

There are no deaths on the British sailing craft when it struck the speeding French liner on the starboard side. Although the Cromartyshire had her bow ripped off, she somehow remained afloat, but lost sight of the colliding vessel.

Quick investigation indicated that the sailboat was in no imminent danger and Captain Henderson ordered his life-boats lowered.

At this point, several rockets were observed from another vessel in the fog, after which all was quiet.

The collision had taken place at 5.00 in the morning and half an hour later, Captain Henderson, in the lifting fog, noted the approach of two life-boats filled with survivors.

It was soon determined that the other vessel was the French liner La Bourgogne.

The Cromartyshire then jettisoned thirty tons of her cargo to lighten the ship, and took the survivors from the French vessel aboard. Further lifting of the fog revealed a dreadful disaster with people foundering in the water.

All were taken aboard the Cromartyshire, and it was learned that La Bourgogne had gone to the bottom about forty minutes after the collision. 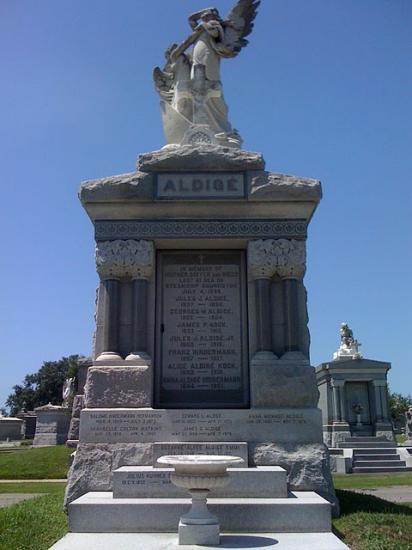 Discussions with the survivors revealed many strange stories concerning the collision of the two ships. For one thing, only one woman of about three hundred female passengers had survived the calamity; moreover, the only ones saved were steerage passengers and sailors.

It soon was apparent that there had been considerable foul play and that the crew of the French ship had breached all discipline and regulations by forcibly and brutally taking possession of available life-boats and rafts to the exclusion of most passengers.

The passengers were seized with panic, the Italians and Austrians using their knives and revolvers in a mad attempt to rush the boats. Captain Deloncle and his officers were powerless to control the disorderly elements.

However, it did appear that Captain Deloncle and fifteen of eighteen officers had remained at their posts and had gone down with the French vessel. Details relating to the disaster and the ship involved were later reconstructed.

The Cromartyshire, a full rigged three-masted iron ship of 1.462 tons, sailed from Dunkirk for Philadelphia on June 8th, 1898, with a cargo of coal. The schooner was 248 feet long and was cruising about sixty miles south of Sable Island, off Nova Scotia, on the 4th of July, on a port tack, heading west northwest under reduced sail.

In dense fog, she kept blowing her foghorn every minute.

At 5.00 am, with the momentary sounding of a ship’s whistle, a huge vessel suddenly and rapidly loomed out of the fog on the port bow, and a collision ensued.

The vessel had been constructed in Toulon in 1886 for $ 1.6 million; it grossed at 7.395 tons and was 480 feet long. The liner was operated by the Compagnie Generale Transatlantique and was part of the French Naval Reserve.

The passengers lost everything they had on board luggage, money and property; a diamonds merchant lost more than $10.000 and other rich passengers going to Paris for purchasing good or for pleasure.

It was widely held, based on the tales of rampant brutality aboard the foundering of La Bourgogne, that a strict and impartial investigation of the disaster would be held by the United States authorities in New York City. Instead the French Consulate issued statements defending the French officers and crewmen.

In some haste, on July 9th, the surviving crews, secured by the French officials as prisoners, were secretly interviewed; depositions were recorded, and all sailed from France on the liner La Touraine. The French government indicated an inquiry and possibly a trial would be held in France.

Subsequently, it appeared, the whole matter was white-washed, and responsibility for the alleged brutality was attributed to a dozen or so foreign sailors who had been traveling on the French ship in steerage.

American editorial comment at the time of the disaster decried the continuing peril of ships colliding in fog on the ocean. Science apparently had been unable to devise any means of averting these tragedies.

Common sense dictated that ships under conditions of reduced visibility should proceed with infinite care and at greatly decreased speeds. Ship construction utilizing systems of watertight compartments should be such as to insure that stricken vessel could remain afloat long enough to allow passengers and crew to escape to safety quickly.

There were also many newspaper observations about the horrible scene of savagery that followed the collision of the two vessels. Reliable evidence attested that ignorant, undisciplined, and unfeeling crewmen had taken possession of the ship’s life-boats and rafts, to the exclusion of the passenger’s rights.

In addition, it was felt that in the forty minutes interval between the collision and the sinking of the French liner, more lives should have been saved.

The outcome of the disaster was considered a disgrace to the officers of the ship, her owners and the French merchant marine in general. 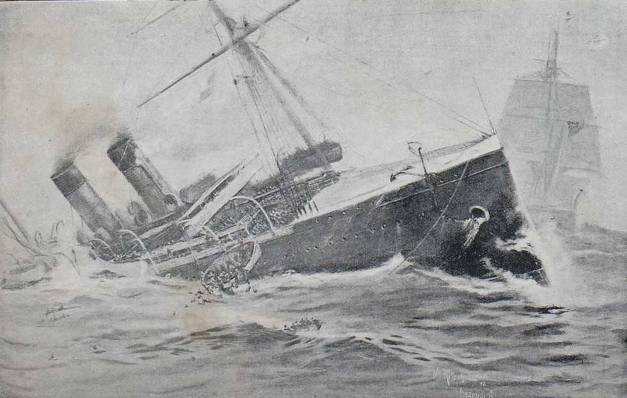 A very deep wreck...
Possibly at the same depth as the Titanic !
Any candidate for research and salvage ?