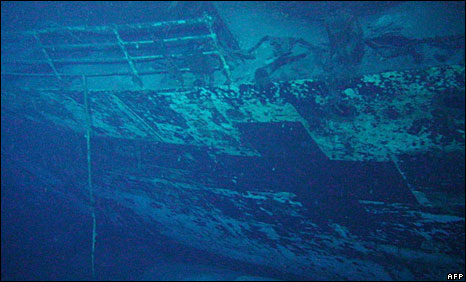 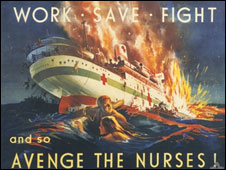 An Australian World War II hospital ship, the Centaur, has been seen for the first time since it sank more than 60 years ago with a loss of 268 lives.

Images of the wreck, more than 2km (1.3 miles) below the sea, were captured by a remote-controlled underwater camera.

Australia says the ship, which went down in May 1943, was torpedoed by the Japanese. Japan says the circumstances surrounding its sinking are unclear.

The search team found the ship on 20 December off the Queensland coast, about 30 miles due east of the southern tip of Moreton Island.

Favourable conditions allowed the crew to send down a camera on a remotely-operated submersible vehicle over the weekend. Further dives are planned.