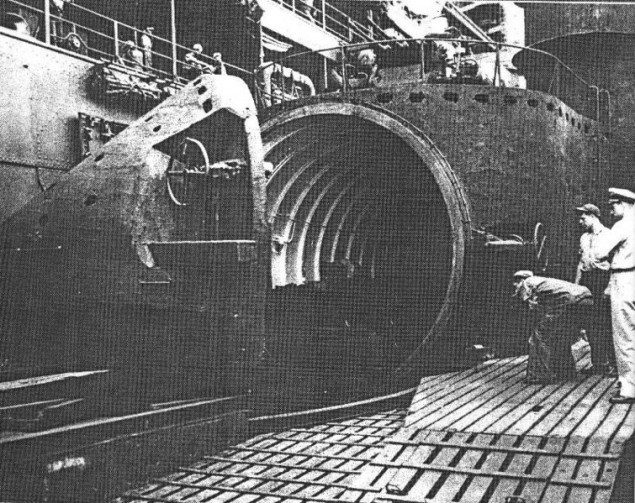 Researchers at the University of Hawaii this week have confirmed the discovery of a long-lost World War II-era Japanese mega-submarine, the I-400, lost since 1946 when it was intentionally scuttled by U.S. forces after its capture, ending a decades-old Cold War mystery of just where the lost submarine lay.

The Hawaii Undersea Research Laboratory (HURL) at the University of Hawaii say they discovered the 1-400 in August off the southwest coast of Oahu in waters about 2,300 deep and are releasing details of their findings now following a review by NOAA with the U.S. state department and Japanese government officials.

At 400 feet long, the I-400 was known as a “Sen-Toku” class aircraft-carrying submarine, the largest submarine ever built until the introduction of nuclear-powered subs in the 1960s.

With a range of 37,500 miles, the I-400 and its sister ship, the I-401, were able to travel one and a half times around the world without refueling, a capability that has still never been matched by any other diesel-electric submarine.

The subs discovery was led by veteran undersea explorer Terry Kerby, HURL operations director and chief submarine pilot, as part of a series of dives funded by a grant from NOAA’s Office of Exploration and Research and the University of Hawai‘i at Mānoa’s School of Ocean and Earth Science and Technology (SOEST).